The City Council in Edmonds, Washington, has voted to ban the installation of synthetic turf made with crumb rubber on any publicly owned athletic field through mid-2017. 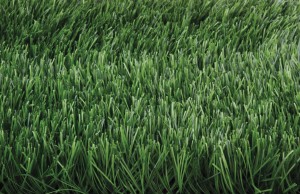 The decision, reached unanimously last week, won't affect any existing playing fields in city limits constructed with the material such as those installed this summer at the former Woodway High School by the Edmonds School District.

The moratorium will take effect in 30 days and last until July 11, 2017, unless the council decides before then to end or extend it.

City Council members acted after a series of public hearings in recent months in which a number of people, including parents of students, voiced concern about potential health hazards posed by the use of crumb rubber in the construction of playing fields.

The fine-grained particles, made from ground-up tires, are used both in the padding under the green turf and as a kind of artificial dirt sprinkled on top of the fields.

"We really felt the citizens came out and said very clearly that 'We do not want to use this surface'," said council president Adrienne Fraley-Monillas. Edmonds may be the first city in the nation to impose such a ban, she said.

"Honestly, one of the reasons for the moratorium is we didn't have enough clear-cut information on its safety," she said. "There are so many questions out there and no one wants to definitively say it is good or it is bad."

The council intends to hire an independent consultant to review completed research and provide a report in 2016 to help them fully understand the risks associated with crumb rubber.

For the full article, visit sportsturfonline.com.