by External source
in Industry News, Golf, and People
on 17 Mar 2018

0 Greenkeeper meets the team that saved his life 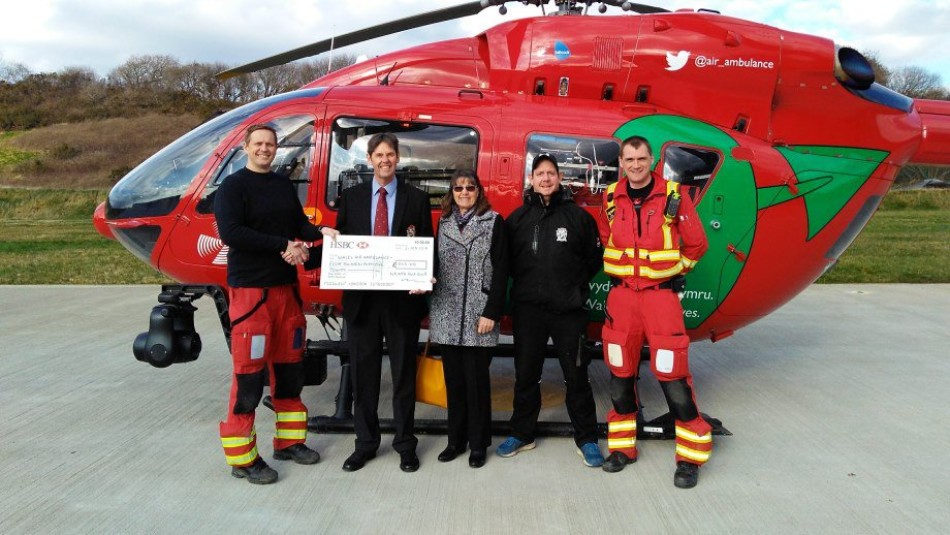 Whilst mowing a stretch of the course near the 10th Tee, his sit-on mower got into difficulty. The rear wheel of the mower slipped off the edge of the course, causing it to roll over, crushing Mark underneath it.

Wales Air Ambulance were called and air-lifted Mark from the scene. Dr Jon Birks and Critical Care Practitioner Tracy Phipps treated Mark at the scene who had extensive injuries including a crushed torso and suspected dislocated shoulder.

After a short stay in hospital Mark was discharged and continued his recovery at home.

Mark said, "After recovering from my ordeal it was a great honour to be invited to the Wales Air Ambulance base in Llanelli and meet the crew who saved my life."

After the accident, as a way of saying thank you, members of the Golf Club decided to raise money for Wales Air Ambulance. Various events were held including a golf competition which raised over £800 for the helicopter charity.

Mark added, "I would like to thank the crew for saving my life and it was an honour to present a cheque for £845 to the charity."

WAA Community coordinator Steffan Anderson-Thomas said: "It was a pleasure to welcome Mark to our base in Llanelli and to see him back fit and well after the accident. The money raised by members of the golf club will help keep our four helicopters flying across Wales."

You can read the original article from The Wave HERE