The stadium saga continues in Wakefield as Wakefield Trinity have threatened to sue Wakefield Council for failing to deliver on their agreement to provide a new stadium at the Newmarket site. 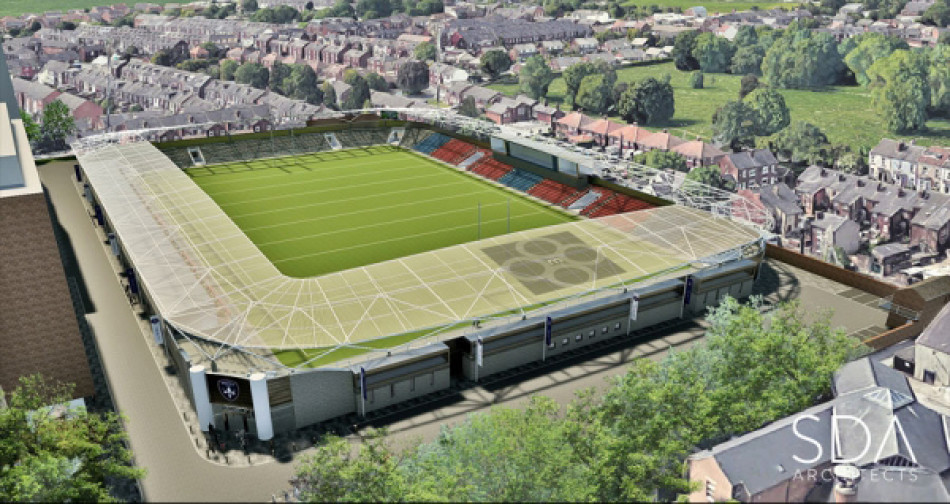 The Super League club opted to remain at their Belle Vue home in September, giving up on the Newmarket plan which had not materialised, after agreeing with the council that Belle Vue would be redeveloped to Super League criteria. Last week, the club discovered that the Belle Vue landlord was expecting a full commercial rent to be paid on the ground estimated at £500k per year.

The Newmarket agreement was for a 99-year lease on a peppercorn rent.

A written statement from the club's directors, Chris Brereton and Michael Carter said:

"The reason we are in the present predicament with no security of tenure for the future of Wakefield Trinity and its new Super League stadium is entirely the fault of Wakefield Council.

"Six years ago after three weeks of evidence, a public enquiry paid for by the ratepayers of Wakefield, concluded that a community stadium compliant to Super League standards should be built and funded by the planning gains which accrued to the property developer of the Newmarket site adjacent to the M62.

"It was the duty of Wakefield Council, as the Local Planning Authority, to ensure that in return for the land coming out of the green belt, the community stadium was constructed. The developer has its planning consent but not a brick has been laid on the stadium site. We simply require the council to fulfil its statutory duties.

"The current proposal that we pay a commercial/reasonable rent (of which we have yet to see any detail or figures) for the new community stadium at Belle Vue is unacceptable. There is a legally binding obligation for the council to provide a 99 year lease at a peppercorn yearly rental to the Wakefield & District Community Trust.

"We are now preparing our case for presentation to the High Court. For reasons we know you will understand. We have waited since June 2012 for the council to deliver Newmarket stadium. We are no nearer today then we were then!"

"Legal action will be a very costly and lengthy course of action for all parties involved and ultimately the people who will lose the most is the fans and residents, and that is the most upsetting part of this situation."

"Wakefield Council has reiterated on numerous occasions to the club that the council is powerless to compel the developer to build the stadium unless the triggers laid out in the Unilateral Undertaking are met.

"These are triggers that were imposed on Wakefield Council by the Secretary of State - triggers that the council did not and would not have agreed to."