Wales Golf Chief Executive Richard Dixon has written an open letter to the country's First Minister, Mark Drakeford, requesting that courses in Wales be able to re-open, as they are in England and Scotland.

With England and Scotland's golf courses open, and the well-known mental and physical benefits the game offers, Wales Golf feels that its members are being unfairly treated by having courses closed.

"In light of the clear benefits that golf offers to approximately 100,000 players across Wales, and the damage to golf clubs across the country that will be caused by a further period of closure, it appears counter-productive to require that golf courses close under the recently introduced Welsh Government level 4 restrictions," wrote Dixon in a letter that was sent to the First Minister yesterday. "It is notable that both the UK and Scottish governments, recognising the benefits described above, will allow golf courses to remain open under their own tier 4 restrictions."

"We understand and fully support the decision to allow people to exercise in large outdoor spaces such as parks. It is difficult, though, to understand the rationale for preventing people from playing the sport of golf through which participants also gain the benefits of exercise in large outdoor areas, with risks further reduced through the detailed Covid protocols which are already in place." 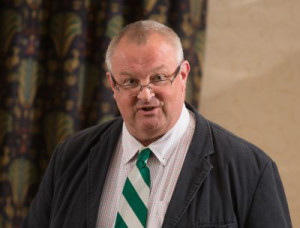 "In summary, golf is an outdoor sport and has established Covid secure practices in place. As such it is ideally placed to be played safely under lockdown restrictions to the benefit of thousands of people across the country. Wales Golf and the clubs that it represents are more than willing to continue to work with you to facilitate the re-opening of golf courses at the earliest possible opportunity. We hope that you will give this matter your urgent consideration."

Golfers playing in Tier 4 areas in England are currently allowed to play in two balls only with someone outside of the household or in 3- and 4-balls within families and household bubble groups. Those in Tiers 1, 2 and 3 can play with anyone providing social distancing measures are observed.

Scotland is moving into national Tier 4 on December 26 but has already issued guidance to say that golf courses will be able to remain open. In Tier 4, groups of up to four golfers will be permitted with up to two households represented. Clubhouses and retail must be closed, with takeaway food only.