4 Warning - Middlesbrough on the way

Warning - Middlesbrough on the way

In our recent survey of Premier League and Nationwide League Groundsmen, pre match warm ups were identified as the activity causing most damage to football pitches.

At the moment there are no controls or guidance in place to prevent teams from doing whatever damage they want to pitches.

A number of clubs were specifically mentioned for the intensity of their warm ups, and their total disregard to any request from Groundsmen for moderation. By far the worst culprit in the Premier League is Middlesbrough.

As if to prove the point, they did a very good job of trampling an area of the Spurs pitch prior to their match last weekend. A very disgruntled Head Groundsman, Darren Baldwin, was ignored by the Middlesbrough coach when he asked them to limit their routines.

So, be warned all Premier League Groundsmen - Middlesbrough will be visiting you. Get yourself a camera, take some pictures and help us to get the Authorities to make some changes.

Darren and Paul's full report on their encounter with Middlesbrough will be on the site shortly. 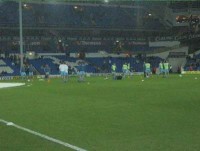 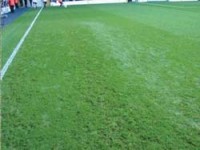 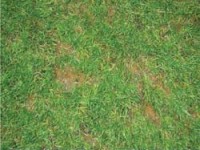