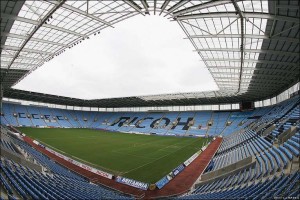 So, Wasps have been sent to Coventry. Or, more accurately, have opted to make the 83-mile move voluntarily. For them it makes sense in many ways, not least because they are making a £3 million per year loss where they are, but it makes less sense for the former top flight club already based in the city.

Coventry RFC finished fourth in the third tier of English rugby last season and is a club with renewed ambition after recovering from serious financial difficulties between the late 1990s and 2010 and Wasps' arrival on their doorstep could damage any potential renaissance.

It will be hard to compete with the increased glamour of the Premiership when it comes to attracting new fans and sponsors, or even maintaining existing ones, and Coventry RFC president Peter Rossborough acknowledges that the city may not be big enough for the both of them.

"That is the biggest down side here, of course it is. There isn't a town or city in the country apart from London that has got more than one Premiership team and, even in London, Welsh, Saracens, Irish and Wasps have moved out," he told Running Rugby.

You can read the full article on Running Rugby.