0 Water aeration - It’s the name of the game

With the huge growth of online sales in recent years, the aeration market has become filled with a mass of products for ponds, lakes and reservoirs. It's almost too easy to get caught up in the volume of options available, so how do you find the right product for you? In order to find the right system, having an understanding of what aeration is and which systems are the real deal is vital, says Reg Varney, international region manager for water quality management specialist, Otterbine. 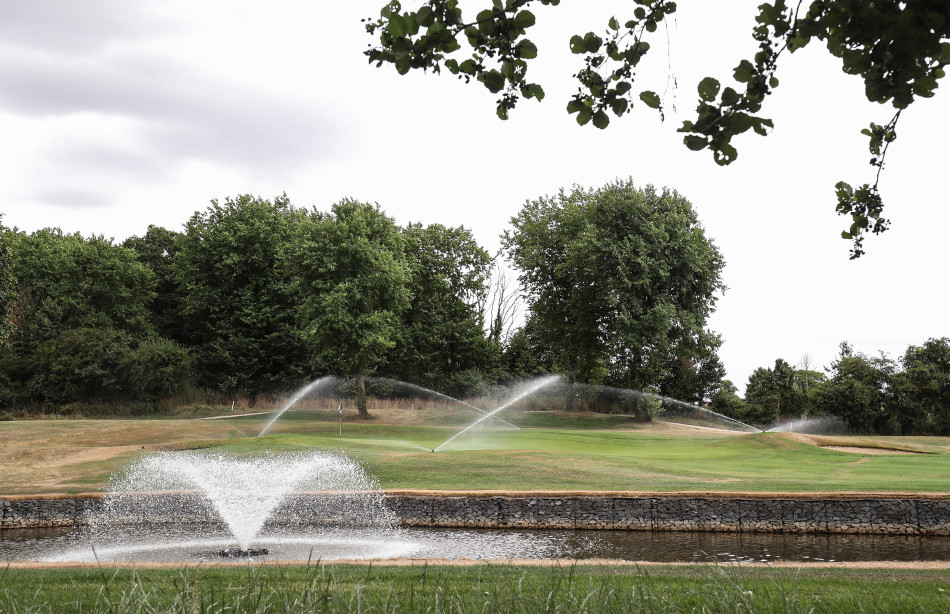 What is water aeration?

Aeration is a tried and true water quality management tool which adds dissolved oxygen to your water body, preventing the negative, often harmful side effects caused by a lack of oxygen.

Why is aerating water important?

Without aeration, your lake, pond or reservoir could start to see a multitude of issues arise. Taking a shallow pond for instance, there are four main symptoms that will appear when there isn't enough oxygen: excessive algae, pond weed, a bad odour and finally, dead fish. Similar consequences will be seen in larger bodies of water too. When it comes to maintaining your water body, you have two options: wait and see if the symptoms appear before trying to fix them or take vital preventative measures.

Now, more than ever, ensuring you have the right aeration system is incredibly important. In recent years, demand for aerators has been boosted as populations have grown and non-point pollutants such as phosphorus, fertiliser and road run-off have increased at astounding rates, and the impact on our water bodies is palpable. 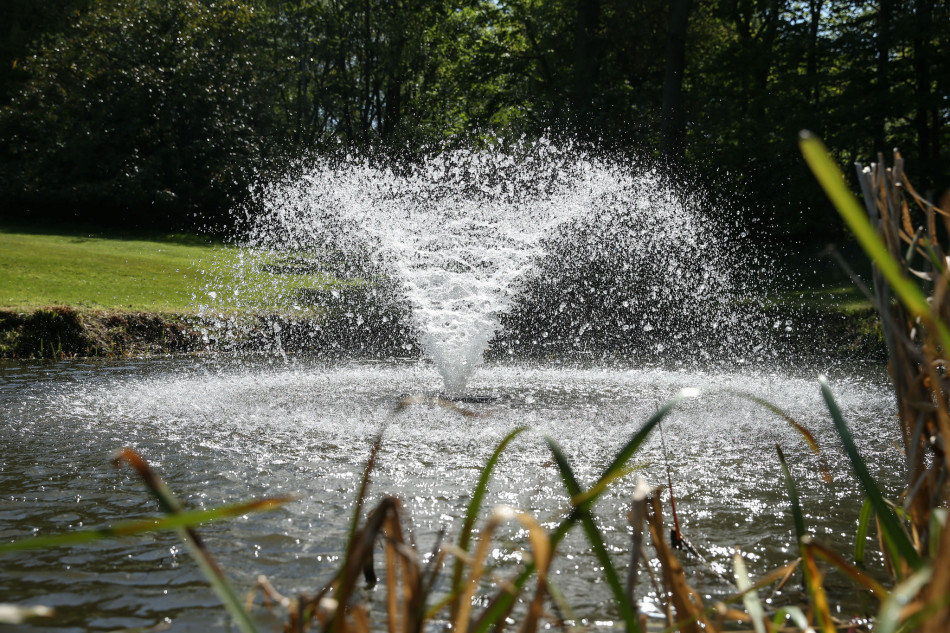 Otterbine's Fractional can be relied upon to keep the ecosystem of any smaller area of water in perfect balance thanks to its ability to transfer an impressive 1kg/2.2lbs of oxygen per hp/hr and its pumping rate of 115m3/ph. Lewis Mattholie, deputy greenkeeper at Brickendon Grange Golf Club, says of the five-in-one aerating system seen here: "The water quality has vastly improved. Gone is the problem of stagnating and smelling water."

Whether chemical or biological, the build-up of substances from multiple sources making their way into our ponds and lakes creates an increase in biological oxygen demand (the amount of dissolved oxygen needed by biological organisms to break down organic material present in the water) and, as such, oxidative stress becomes a real issue.

When placed under oxidative stress caused by an imbalance of harmful pollutants in the water, plants and aquatic life struggle to counteract or detoxify the harmful effects of this pollution. This can accelerate the natural process of anaerobic digestion, whereby bacteria is used to break down organic and biological waste into carbon dioxide, methane and water.

Although anaerobic digestion is a natural occurrence, the process reduces the oxygen levels in the water. When sped up by chemicals and pollution, if adequate oxygen is not being added to the water to compensate, it can lead to a build-up of harmful bacteria and hydrogen sulphide as well as causing unpleasant 'pond sludge' and odour. This causes harm to other life in the environment, starting with the beneficial bacteria. This is why supplemental aeration is so vitally important. With the right aerating system, preventing this build-up in your water body is made simple.

How do you find the best aerating product?

Many groundsmen are faced with water management issues when it comes to their lakes, ponds and reservoirs. Having to learn about the methods that have been determined to be the most effective and practical means of preventing or reducing non-point source pollution (pollution not confined to a single identifiable source) to help achieve water quality goals, can be an arduous task and hard to get your head around.

With a multitude of companies entering the aeration market, it can be hard to differentiate between those with the scientific knowledge to honestly advise potential customers and those interested only in the sale. Be careful of those who may 'muddy the water' slightly to gain a competitive advantage. Regardless of the type of aeration system offered, the name of the process is the same; aeration. Putting air (oxygen) into the water. But how can a person determine how much oxygen an aeration product puts into the water? Not enough and the upset in the balance brings negative effects soon after, so it's important to get it right. 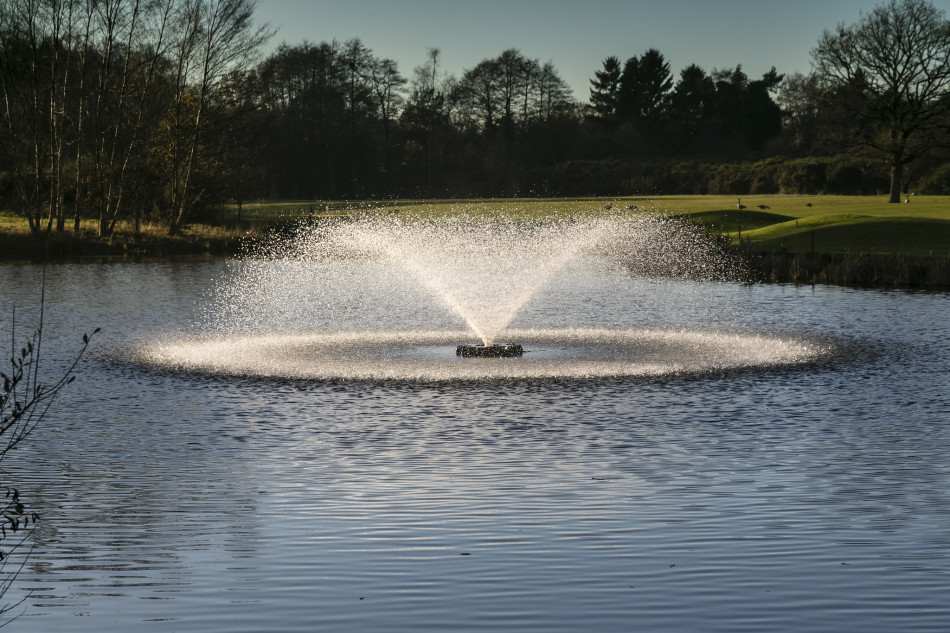 Designed to give the best of both worlds by offering function and beauty, the Gemini surface spray aerator can move over three times as much water than decorative patterns thanks to its open-throat propeller design. Seen here at Old Thorns Golf and Country Club, it has the capability to easily manage aquatic environments for clean, clear, healthy water

The appliance of science

This is where science provides the answer. The scientific measure of an aerator's capability to supply a lake with oxygen is its Oxygen Transfer Rate (OTR). This now industry standard measure was created by the American Society of Civil Engineers after they began developing test protocols and parameters in 1977 to determine an aerators OTR, eventually completing and finalising the tests in 1984. A recognised organisation used across multiple industries and referred to for important data, the American Society of Civil Engineers 'Measurement of Oxygen Transfer in Clean Water' has been widely regarded as the gold standard for an aerator's OTR. When looking for the right aerator for your water body, it's always worth asking what a system's OTR is.

Any manufacturer that is serious about helping its customers keep their lake or ponds aquatic ecosystem balanced and clean will happily provide you with OTR test results for its products, performed by an independent third party and tested to the exacting standards set by the American Society of Civil Engineers. It's the industry's only comparative benchmark and anyone who tries to hide the results or doesn't provide them should be avoided.

What works best for your water body?

With expert third party testing, we can also learn valuable lessons about which aerators work best in different types of water bodies, which is why all Otterbine systems have been tested for OTR by the University of Minnesota or Gerry Shell Environmental Labs. Independent testing has shown that, contrary to popular belief, diffused aeration is not the best solution for everything. In fact, a surface spray aerator is 100 percent efficient in water up to five metres deep, but any deeper and the oxygen may not reach the bottom of the water. For water five metres or deeper, a diffused air system is always the most efficient option.

Following this advice can make a real difference in having a system that works and one that doesn't stop the damaging effects as a result of oxidative stress. For example, if you use a diffused air system in a lake four metres deep, you lose fifty percent efficiency; so be wary of those selling a 'one fits all' system, they just don't!

It's also important to remember that you can't over-aerate water. In fact, water's capacity to hold dissolved oxygen reduces as the temperature rises, so ensuring you always have enough oxygen isn't the easiest task when dealing with the change in seasons. A rise from 14 degrees to 27, for example, can see the water's capacity to store dissolved oxygen reduced by 40%, so making sure your aerator is always meeting the dissolved oxygen saturation point is highly important. It's recommended to aim for around 80% over the saturation point to allow for changes in temperature and other external factors.

So, when looking for an aerator system, make sure the people you deal with know what they're talking about. The scientific community has developed a tool to help us choose the most effective aeration device and, as such, responsible manufacturers will have third party, independent tests at the ready to share with potential customers. Be sure to ask for a copy when you are in the market for an aerator. With the information from these tests you can be confident that the aerating system you buy will work to help improve and maintain high water quality and deliver the best possible results.

To find out more visit: www.reesinkturfcare.co.uk/partners/otterbine 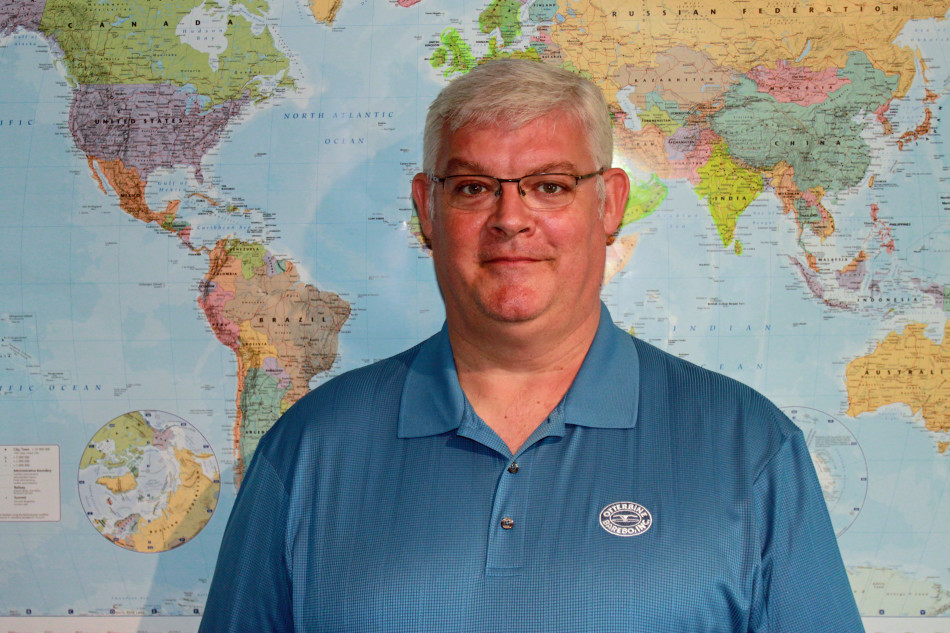