As the players from the Indian and English camp drew praise for an exciting first Test, the real heroes were the ground staff at Edgbaston, who, battling an ongoing heatwave, managed to prepare a wicket that dished out an even contest between bat and ball through the three and half days. 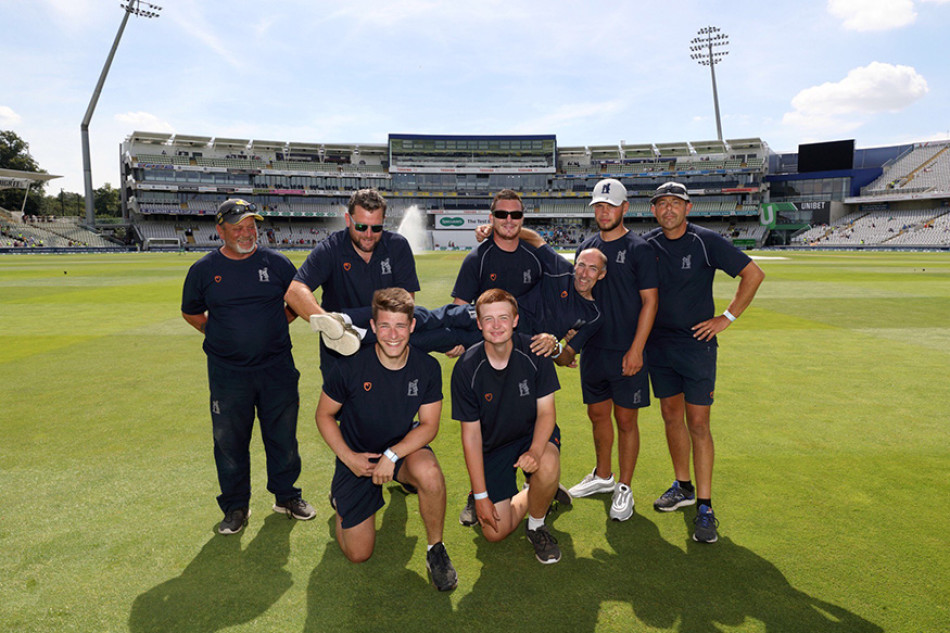 The head groundsmen at Edgbaston Gary Barwell revealed that the key was to keep watering the pitch and the outfield in the weeks leading up to the game. Around 150,000 litres of water had been pumped in and spread around the ground through pop-up sprinklers under the outfield.

"Moisture is the key here. Else, the pitch can crack up," said Barwell to Indian Express. "If you dig up to four inches, you will hit sand. We have been pumping water to keep this colour. If the outfield dries, the moisture would escape from the pitch. It literally cracks and it gets virtually uncontrollable.

Barwell said that rainwater and the regular water provided to the ground is kept in tanks along the ground and then fed to pits running around the arena, from where sprinklers in the outfield do the rest.

"This is different from normal sprinklers. These can pump in 47,000 litres of water in 35 minutes."

With the pitch getting baked in the sun, some rain on Sunday, 10 days before the game, bought some respite for the city, and the groundsmen. "We weren't expecting rain but it did some good."

However, two days before the game, he received feedback that the pitch is damp. Unsurprising, given the quantity of water that had been utilized but better damp than dry, he thought.

"Two days before the game, we then decide how much grass to keep and carefully monitor the moisture levels."

Despite having overseen the preparation, Barwell had no clue how the pitch would play out.

"Kohli said he would have bowled, Root obviously chose to bat. I knew the Dukes ball would do a bit but hopefully I had done my job and the surface would hold up."

Unlike the norm of watching from his couch, Barwell caught the first Test at the ground, and praised Virat Kohli's century on Day 2. After a hard few weeks, he was now looking forward to spending some time at home and then moving on to the next task.

"Bit of time with family for couple of days but back here; we got a one-day county game coming up."

You can read the original article from CricketNext HERE