by Football Foundation
in Synthetics, Schools & Colleges, and Football
on 24 Mar 2018

Watford FC player Tom Cleverley was delighted to officially open a brand new all-weather pitch for The Hemel Hempstead School. Tom was joined by Charlotte Kerr, Watford Ladies FC midfielder. The new facility was made possible by a grant from the Premier League & The FA Facilities Fund, which is delivered by the Football Foundation. 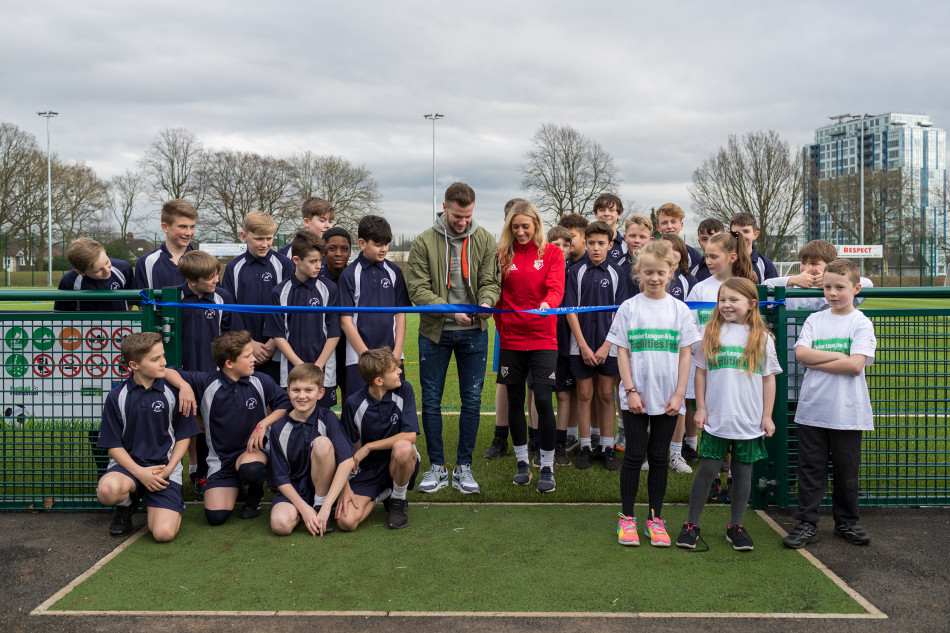 Thanks to this funding, the school has been able to replace an existing grass pitch with a state-of-the-art floodlit third generation (3G) artificial grass pitch (AGP). This joins the school's other grass pitch, changing pavilion and indoor sports facilities, and is helping to meet the local demand for all-weather football provision.

The new 3G AGP can be used all-year-round, allowing its users increased flexibility to schedule training and fixtures. This will benefit not only Hemel Hempstead School, but also its partner clubs, Hemel Aces FC and Hemel Hempstead Town Youth FC, who will use the new playing surface.

Watford FC's Community Sports and Education Trust (CSET) will also take advantage of the facility for a number of community outreach programmes, including holiday camps. They will also deliver disability football sessions at the site, which will be linked to the Herts Inclusive League festivals.

The Hemel Hempstead School were awarded a £461,877 grant from the Premier League & The FA Facilities Fund towards the project. The club worked alongside the Football Foundation and the Hertfordshire FA to compile a five-year Football Development Plan, which is a vision of how sport will be played on site with an emphasis on increasing participation.