Derby County boss Wayne Rooney says groundsmen up and down the country are "doing everything they can" to make sure pitches are in the best condition possible. 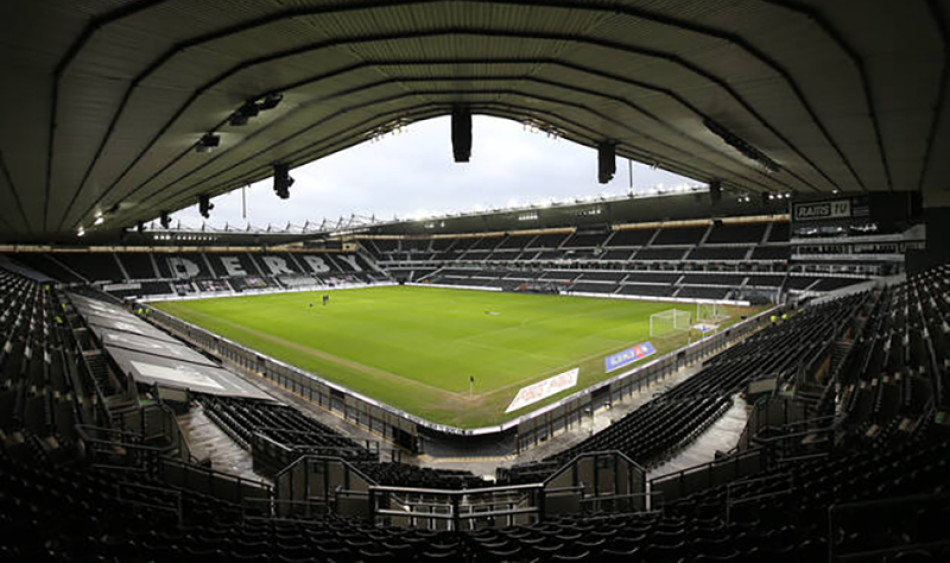 A general view of the pitch before the Sky Bet Championship match at Pride Park, Derby

Fans have been commenting on the condition of the pitch at Pride Park Stadium recently.

Rooney was asked if the playing surface was having an affect on how he wants his team to play.

"It is just not ourselves, it is a lot of teams in the division," Rooney said.

"A lot of clubs did not have the time to returf pitches during the summer and we are feeling the effects of that now.

"The pitch ( against Middlesbrough ) was actually better than it has been, a bit firmer which helped.

"I think for all the groundsmen up and down the country in this league we know they are doing a great job. They are doing everything they can really to get the pitches in the best condition they can be. In the summer it is something that needs addressing."