Come rain or shine, they are the men working tirelessly behind the scenes to ensure every pitch is Premier League quality. 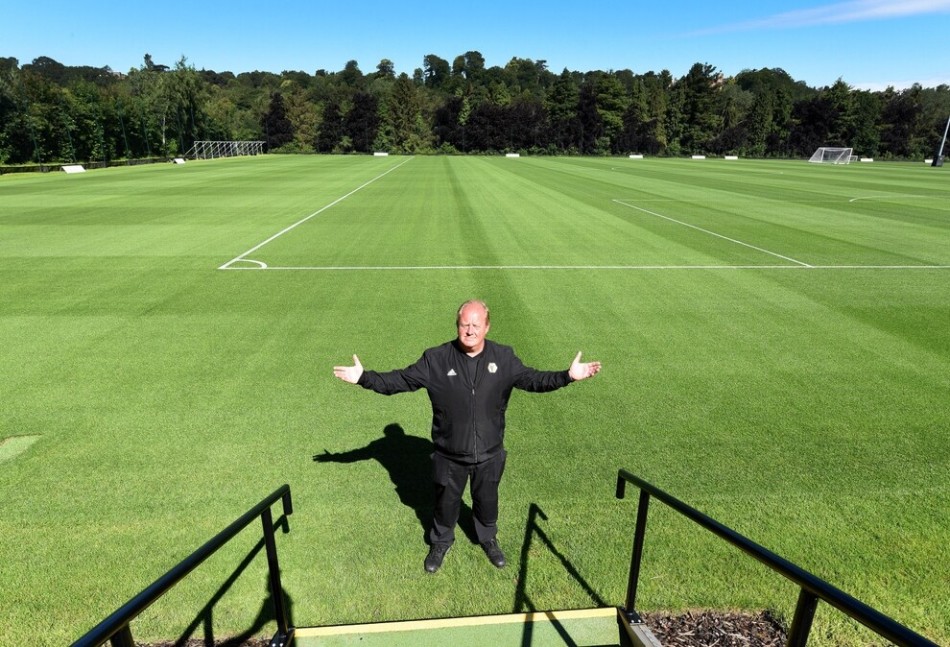 From the under-8s side honing their skills at the training ground to a Saturday afternoon fixture at Molineux, Wayne Lumbard and his dedicated team of groundsmen ensure the turf they are playing on is pristine.

"I have always said our job is to produce the best pitch we can regardless of whether it's for the children, the first team or it's on TV," says Wayne who has worked at Wolves for 14 years and been head groundsman for more than decade.

As well as the Molineux pitch, the team are responsible for around 10 pitches at Compton Park training ground, which are used by every Wolves team seven days a week.

They need to ensure the pitches are ready for the start of each day's training sessions which involves cutting the grass to keep on top of the growth and repairing any divots.

At this time of year, they are watered every day using a computer-controlled sprinkler system and Wayne says it's important to give the grass a "good soak" to the point where there is a run off.

It's also given a high nitrogen fertiliser every four or five weeks which helps improve the health, colour and lusciousness of the turf. 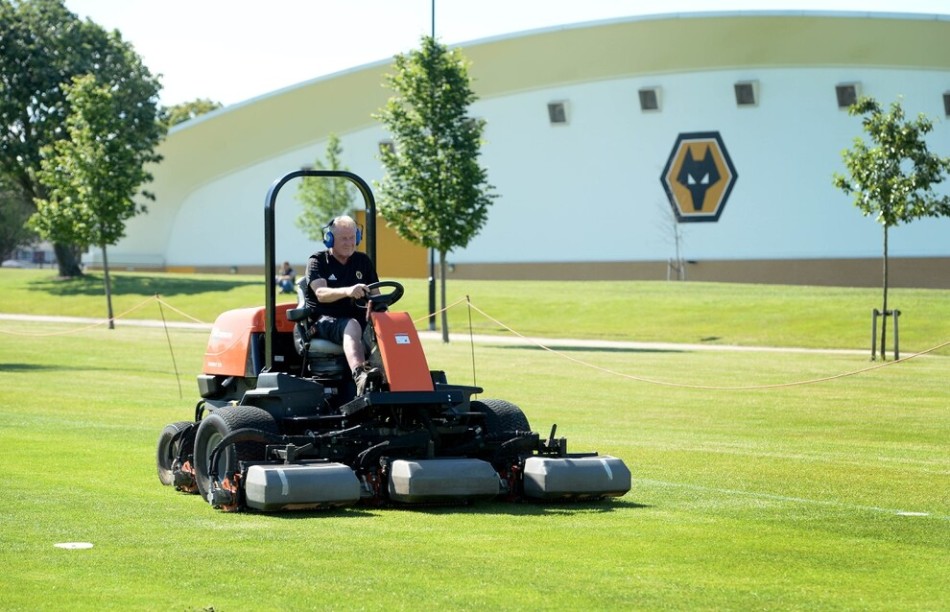 The stadium pitch along with two at Compton Park have a Desso GrassMaster hybrid surface, made up of 97-per cent real grass and three per cent artificial fibres.

Wayne, aged 50, says it can take up to three hours to cut the hallowed turf at Molineux, which is always done as part of match-day preparations.

Also important is keeping track of the weather which the team is constantly checking with the help of the British Weather Services especially in the run up to fixtures.

"We need to be prepared for whatever Mother Nature throws at us," says Wayne.

Keeping the grass in good condition throughout the summer ensures it will be in a better state come winter when the grass starts to thin out.

Football pitches are known for their perfect stripes, but this look can easily be achieved at home, Wayne tell us

"You can do everything we do here on your own lawn, it's just on a smaller scale," he says.

"The best advice to start with is to get the best lawn mower you can for your budget, a cylinder or rotary mower with a roller on will give you your stripes," adds Wayne. 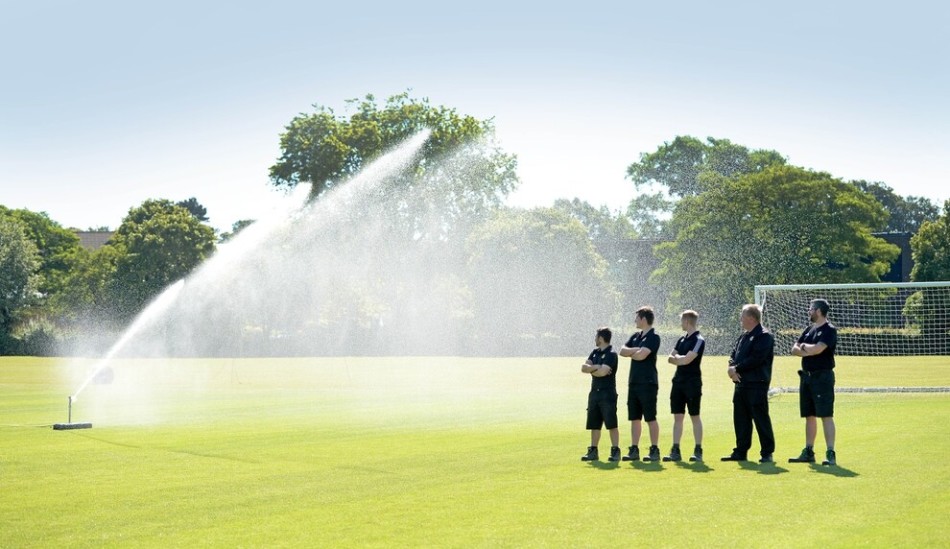 Keeping the pitch well-watered during the summer months is vital

The stripes are caused by light reflecting off the blades of grass and are made by the roller bending them in different directions.

Wayne says to achieve it mow one way in a straight line and then turn around and mow in the opposite direction adjacent to the first line.

To keep the stripes looking the best he advises cutting the grass two to three times a week. The lawn should be watered enough to get down to the roots and until it's no longer being absorbed two or three times a week, or more frequently in hot weather."

"Keep your blades very sharp. If they aren't sharp, they will snag the grass and provide entry for disease."

"Always keep your blades as sharp as you can. You wouldn't cut your hair with blunt scissors because it would look bad at the ends, it's the same with the grass and there's less chance of disease," he adds.

Wayne believes that with these techniques anyone can make their lawn resemble their favourite stadium pitch.

The team takes great pride in keeping the Wolves pitches looking perfect and meeting the high standards the club expects.

"It's a team effort and everyone plays a part in ensuring we have world-class pitches," says Wayne.

"You can't do our job unless you love it, it's a vocation for life. On a match day, there is no greater satisfaction than staff, players and fans saying the pitch is at its very best," he adds.