0 We can extend season into October, say cricket groundstaff

Groundstaff believe that they can stage matches in mid-October if necessary, as English cricket examines ways in which it could accommodate as many international and domestic fixtures as possible when the season begins. 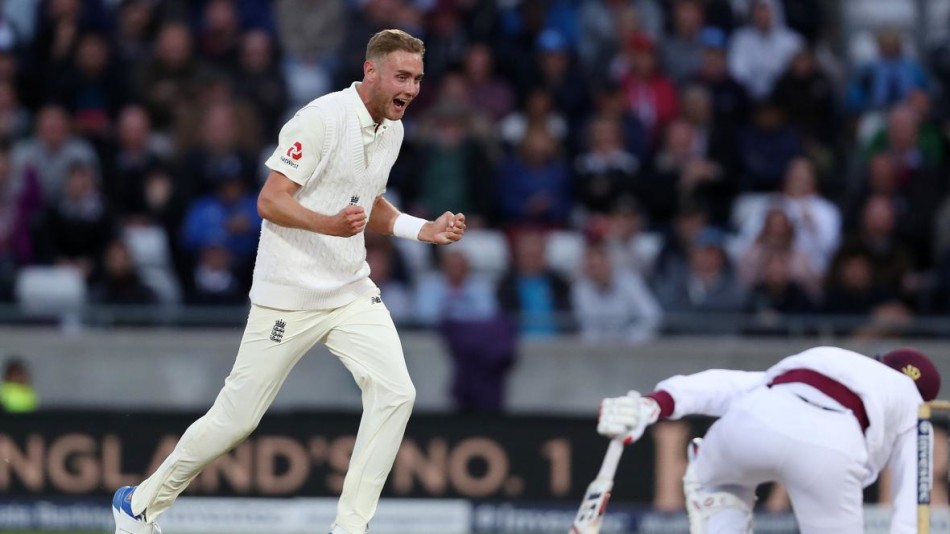 Stuart Broad takes the wicket of Roston Chase at Edgbaston, where England are due to face West Indies this summer DAVID DAVIES/PA

The season is due to finish on September 25, but this could be pushed back to allow more cricket to be played when the restrictions in place due to coronavirus are eased. Tom Harrison, the ECB chief executive, said last week that it would prioritise internationals and the T20 Blast, but a truncated County Championship remains an option.

Gary Barwell, Warwickshire's head groundsman and chair of a head groundsmen's group which reports to ECB, said: "I jokingly said to my director of cricket that we can play into December if it is the right thing to do.

"Groundstaff will produce pitches whenever we're asked to. We've got the technology to go to the back end of October. The problem is that if we get rain, and several games are abandoned but one plays, does that make things a bit uneven? Realistically, mid-October might be the latest we could go, but if it needed a game at the end of October, well, we'll cross that bridge when we come to it.

"There would, though, be a knock-on effect for the following season in terms of renovation."

Seven rounds of Championship matches before the end of May have already been scrapped, but were a season to be started in July or August, there is a strong likelihood that the leading venues - such as Barwell's patch at Edgbaston - would be put to intensive use under a revised programme.

Edgbaston was due to stage an England-West Indies Test on June 12 but that now looks likely to be rearranged for July, which will be a challenge for Barwell and his team, who rotate shifts to observe social distancing guidelines.

"It's difficult when you've got a pitch ready for a particular date and somebody comes to you and says, actually, it will be two weeks later. That's tricky. But I'd like to think that in the situation we're in, people will allow a bit of leeway - that if it isn't the best pitch in the world, everyone would understand. If I was asked to prepare a Test pitch in two weeks I could do it. The ECB have been very sensible in the decisions they have made up to now."

Fortunately, several large grounds, including Edgbaston, have hybrid pitches that can be used for county white-ball matches - which the ECB says are a priority as they are financially the most valuable - and several matches can be played on these in short order.

"If we have to play every day, we could," Barwell added. "It would be tough, but we could do it. Hopefully we'd try and get in three or four games a week.

"We are keeping the square in a position where we are ready to go. We're on top of the cutting, everything's in a good place. We could potentially get ready to play tomorrow. I'd like to think we'd have two or three weeks' notice. As soon as we get the green light, we'll be preparing as best we can to give people a bit of entertainment at a very important time." 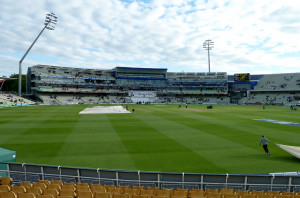 Geoff Webb, of the Grounds Management Association, which represents 26,000 groundstaff across many sports, said that it was important that nobody underestimated the stress under which his members were working, particularly in cricket.

"It's been especially difficult for cricket because they've had the wettest February on record, and now on the back of that a once-in-a-lifetime pandemic. I feel for the morale, for their mental health and their confidence. That's where we've got to be supportive and I hope that the clubs that employ them realise the pressure these guys have been under and support them. These are unprecedented times."

It is believed that all 18 first-class counties have furloughed some of their groundstaff, but Barwell believes it has been done with the interests of the staff at heart. "It has been done in a professional and positive manner," he said.

Webb urged all sports not to cut back too heavily: "The role and skill of the groundstaff is vital in being able to get the players back on the pitch in the shortest time. If you make too deep cuts, you just don't have the physical resource to bring [pitches] back into play once you get the green light. You may undermine the start of your season."