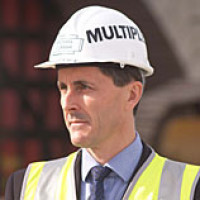 Michael Cunnah, the Chief Executive of Wembley National Stadium Limited [WNSL], has left his position with the company.

Mr Cunnah, who has headed up the Wembley Stadium project for the last four years, said: "I am proud and delighted to have helped bring the Wembley dream to reality. It has been a privilege to assemble a dedicated team of people whose hard work, commitment and loyalty have brought Wembley Stadium to life.

"The stadium is now virtually complete and looks magnificent. The future now looks good for WNSL and I know the team will make this the best stadium in the world. We have started to put in place an exciting calendar of events for next year and the sale of Club Wembley seats and boxes has been so successful that we are sold out in almost every part of the stadium."

WNSL is a wholly owned subsidiary of The FA. The FA and WNSL Boards will look to appoint a new Managing Director for the stadium in the New Year as the project moves into the next phase.

In the interim, FA Group Finance Director Alex Horne will assume Michael's responsibilities and look to ensure a smooth handover early next year from constructors Multiplex.

The FA's Chief Executive, Brian Barwick, said: "Michael has made a hugely significant contribution to the development of the new Wembley Stadium project - we would like to thank him for all his hard work and wish him well in the future."