by Tom Walker
in Stadium News, Renovations & New Builds, and Football
on 03 Feb 2020

A brand-new pitch was one of several cutting-edge facility improvements that were showcased at Wembley Stadium during last weekend's Carabao Cup Final. 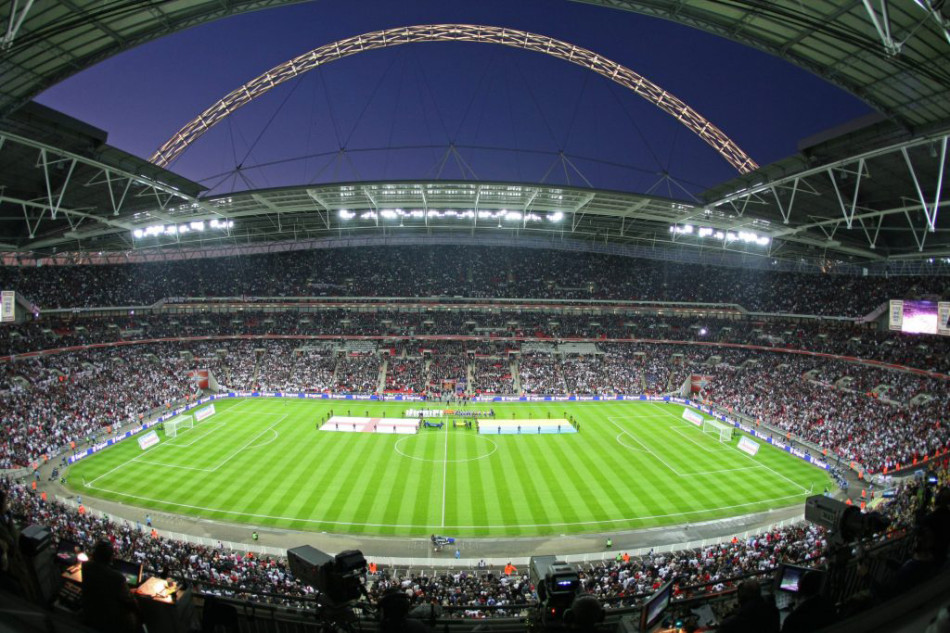 Since England celebrated their 1,000th men's international fixture with a 7-0 win against Montenegro in November 2019, Wembley Stadium has undergone some significant renovations as it prepares to host more than 60 events this year, including the Emirates FA Cup Final, Women's FA Cup Final and seven UEFA EURO 2020 matches.

Chief among the changes is a brand-new pitch with the surface having been reconstructed and grown over a 14-week period - the first time this process has taken place in a major European stadium during the Winter months. The new surface uses the very latest turf technology with over 75,000km of artificial grass fibres stitched into the layers of sand beneath the pitch, which is composed of 97% organic grass and 3% artificial grass fibres.

Another key new development will see players and performers at Wembley benefit from upgraded changing room facilities. The new design was created with input from the England Technical Team to ensure the facilities utilise the latest in high-performance thinking and provide England teams with the best possible chance for success. A new u-shaped layout will provide a more effective environment for communication between players and coaches and, in line with UEFA and FIFA guidelines for venues hosting major tournament finals, both of the main dressing rooms are identical in specification.

In another significant modification, a new LED floodlight system has been installed. The upgraded infrastructure will include the ability turn the stadium's lighting on and off instantly to improve match continuity, whilst delivering a 40% reduction in electrical load, making the system more efficient and environmentally friendly. The new lighting offers a range of special effects, such as light-to-sound synchronisation, and will be complemented by the installation of a new state-of-the-art sound system adding significantly to fans event-day experiences.

Mark Burrows, The FA's Chief Operating Officer, said: "Wembley is an iconic stadium with a history like no other venue, but we are always looking to evolve the venue infrastructure to ensure that it stays at the forefront of sports and entertainment and maintains its industry-leading status. Since opening in 2007, technology has moved on at a rapid pace and these cutting-edge facilities will provide the very best experience for fans, players and performers."

"Wembley Stadium has a hugely exciting four years ahead as we prepare to host seven UEFA EURO 2020 matches, including the final, the UEFA Women's Euros Final in 2021, plus the UEFA Champions League Final in 2023. During this period the stadium continues to stage NFL regular season games and concerts featuring some of the most popular entertainers in the world, whilst remaining the home to the showpiece finals of the English football season.

Commenting on the new pitch, Head Groundsman, Karl Standley said: "This is the first winter pitch reconstruction to be undertaken and grown in Europe in such a short timescale. Construction of the pitch took four weeks with the team working 24 hours a day, seven days a week, followed by 10 weeks to grow the grass from seed. The whole process has been undertaken using only artificial light, but we are absolutely thrilled with the results and the pitch is looking immaculate ahead of the Carabao Cup Final."

Players and fans of Manchester City and Aston Villa were the first to experience the new facilities for the Carabao Cup Final yesterday.

In total, Wembley will host a total of 10 major football finals this year, including the Emirates FA Cup Final, Women's FA Cup Final and, for the first time since 1996, the final of the UEFA European Championship.