0 Wentworth invests in Fleet of TYM Tractor as part of wider £1.2m deal 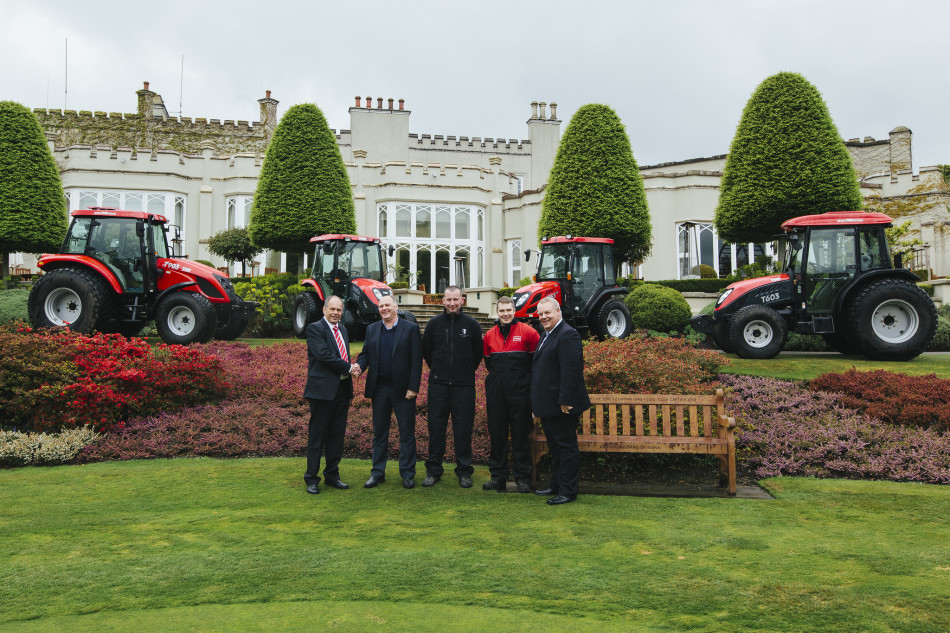 As sole UK distributors of TYM and Toro, Lely has secured a five-year renewal agreement that, alongside the tractors, includes a 95-piece Toro super-fleet made up of mowers, utility vehicles, aeration machinery and top dressers.

As a whole, the deal is one of the largest ever to be done by Lely, and is thought to be one of the biggest of its kind in Europe.

Making up £165,000 of the overall £1.2m deal, the new TYM fleet - all of which has been bought with cabs - comprises two T353 with HST Transmissions; three compact T503 Manuals; two T603 Manuals, which offer great manoeuvrability; and one T903 Powershuttle, a reliable tractor featuring large dual entry doors and front fenders. All also have the Auto PTO function as standard.

Kenny MacKay, course manager and golf director at Wentworth, says he's been very happy with the TYMs since they've been in action across the club's three 18-hole courses and vast grounds, noting that his teams have been equally impressed by the tractors' performance and comfort.

"We trialled the TYMs with the heads of all four of our turf maintenance teams, three of which have a head greenkeeper, and one a head groundsman. They all said that they were happy with the choice, saying that not only were the machines comfy, but they're also easy to work," he says.

"In addition, our mechanic's feedback was that they're great from a servicing perspective, with parts easy to access, which is a real bonus," Kenny adds.

As one of the most prestigious names on the British golfing scene, Kenny is confident Wentworth's reputation is in safe hands with his new fleet. And with the BMW PGA Championship 2015 swiftly approaching, Wentworth is set to be the perfect host.