by BBC News
in General Interest, Golf, and Conservation & Ecology
on 07 May 2021

Thousands of honeybees were killed when vandals broke apart a hive and sprayed it with paint, a beekeeper has said. 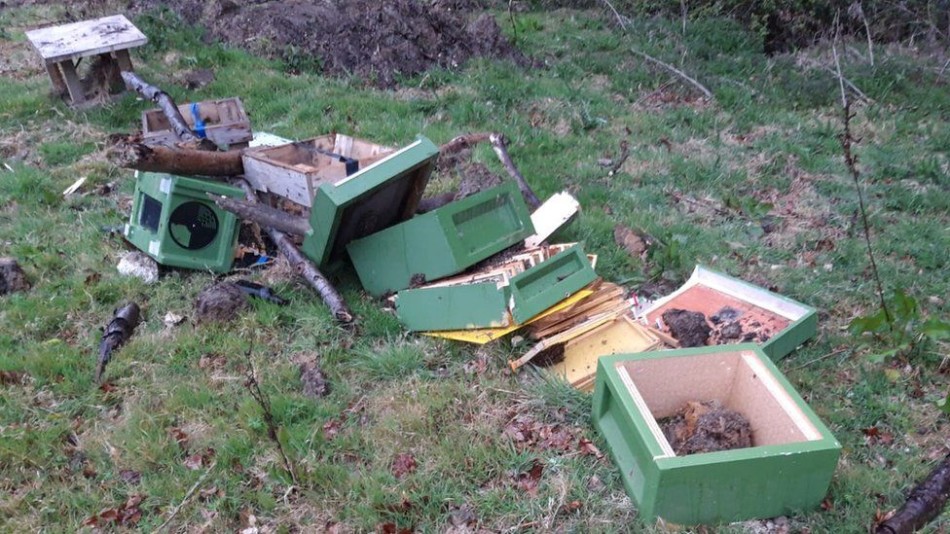 Peter Clark, 67, said he found the survivors sheltering from the cold and rain under the broken boards at Boundary Lakes, the Ageas Bowl Golf Club in West End, Hampshire, on Monday.

He said a fifth of his bees died before he was able to repair the hive.

Police asked for information about three boys seen in the area at about 18:30 BST, described as white, aged about 15-17 and wearing dark clothes.

Mr Clark said security guards chased the teenagers from the hive on the Ageas Bowl Golf Course before losing sight of them in woods.

He said he arrived later to find the bees "huddling together in the pouring rain and keeping warm under the boards".

Part of the hive had been sprayed with yellow paint and large tree branches, clods of earth and bottles were found in the debris, he said.

"There could have been anything up to 40,000 bees in there. Thousands have died."

Posting a picture of the damaged hive on social media, he said: "If any of your kids came home yesterday covered in mud and wet with bee stings you know what they were doing."