The team at Wetherby embraces change and makes the best of opportunities to make this independently owned racecourse a success. 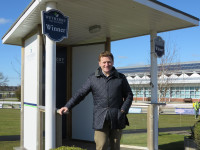 It is a carefully managed balance that keeps the racecourse - relocated to the current site in 1890 after racing moved from a nearby golf course to the estate of Lord Montagu's Ingmanthorpe Hall - thriving some 125 years later.

But progress brings challenges; in 2006, a widening scheme for the A1 lopped the end off the pear-shaped track and the Wetherby Steeplechase Company, formed in 1920 to run the racecourse, was required to significantly redesign the circuit, realigning the home straight to give a more oval shape.

Chief Executive and Clerk of the Course Jonjo Sanderson explains: "A third of the track was completely reconstructed and reseeded, with the join with the original racing line returfed. But, when the track came back into use in 2007, the new section was not quite right. I came to Wetherby from managing Catterick in 2008 and it took another three or four seasons before it settled."

A wide range of treatments were used, including decompacting with a Blec Aerovator and Agrovator, as well as verti-draining. Using the Gwazae compressed air system proved most effective, and then it was verti-drained in two directions each summer, before topdressing with 1000 tonnes of Mansfield Sand/organic matter 50/50 mix. Calcium carbonate was added to encourage flocculation and other treatments, and included pig and poultry manure to increase organic matter.

"We needed to build up the condition of the surface - the indigenous soil had been double screened which, it is now believed, contributed to some of the compaction which was experienced. The wet summer during the construction phase didn't help either," Jonjo comments.

By 2015, the new section had finally turned a corner, and feedback from both racehorse trainers and jockeys suggests that it is now hard to tell the difference between the old and new parts of the course.

One fortuitous consequence of the realignment is the gentler radius of the home bend, which has proved suitable for a new venture into flat racing.

"Wetherby has always been an all-jumps track," explains Jonjo, "with our best attended meeting being 26-27th December and the top quality race, the Charlie Hall Chase, in October. But we thought we'd trial flat racing in 2014 and held four meetings in 2015."

Flat races are run on the hurdle course, with the 148m radius home bend giving the safe running needed for high speed flat horses, and Jonjo reports that preparing the track is a seamless process. 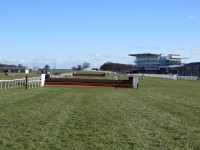 "We finish jump racing at the beginning of May and then have two weeks to turn the track round for the flat. The course is 60m wide, so it is easy to designate 17m for flat racing; Milton Keynes Surveys plotted the racing line and we just have to position the rail."

The 2015 meetings were a huge success, not only drawing runners from the two local training centres, but from as far afield as Newmarket and Lambourn. At two of the four meetings, the racecourse stables were full to capacity.

"We have to bear in mind that 2014-15 was a mild, dry winter, so preparations this year might be more of a challenge, especially as we've had to use some of the hurdles track for much longer than we'd have ideally liked, due to the wet conditions," says Jonjo.

2016 will see two flat meetings, a shortened programme to accommodate another milestone in the Yorkshire track's history. This summer, the old Members' Grandstand will be replaced with an imposing £3.2m new facility, linked to the modern Millennium Grandstand.

"This grandstand plays a vital role hosting the judges' tower and camera positions, so the structure will be similar," explains Jonjo. "But we will add a new ground floor public bar in place of the betting hall and, above it, a considerably upgraded owners' and trainers' bar. It will be built from the top down as the top floor infrastructure is the priority, so a marquee will be located alongside the grandstands to provide interim bar facilities where necessary."

Outside of the twenty race days each year, the new grandstand will also provide additional opportunities to tap into the banqueting and weddings market, offering a more intimate venue with stunning views. 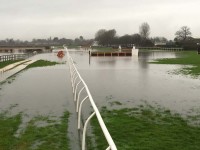 One factor that Wetherby can't control is the elements - in 2015, the valuable Christmas meeting was abandoned due to waterlogging after 60mm of rain fell on 25th December.

"The course has excellent drainage, due to both the original system and the gravel raft on which the new section is built. But the water drains into a series of dykes which eventually run under the back straight, past the neighbouring prison and eventually into the River Nidd. In addition to the rain that fell on the course on Christmas Day, water then ran down from the Yorkshire Dales behind us and compounded the problem."

Despite the impact on the bottom line for an independent racecourse - which, unlike the racecourse groups, can't take up the slack with a successful day at a sister course - Jonjo is philosophical. "Because of the lie of the land, the buildings aren't affected by flooding and, once the river drops, the water goes very quickly so doesn't damage the turf. We could probably have raced on December 29th. And, in the light of how whole communities elsewhere in Yorkshire were affected, we got off very lightly." 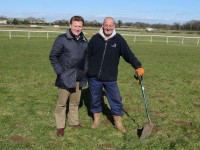 "The weather is something that we just have to contend with and we have lost the Christmas meeting before - usually due to frost or snow!"

Head Groundsman Ian Ward - one of a trio of groundstaff with more than 100 years service between them - has seen it all before. "We used to get a lot of snow and ice, now it's just wet all year round!"

His experience, along with that of Ian Foster and Neal Kidd, proves vital to the day to day running of the racecourse, but new blood is also welcomed. Apprentice Marcus Andrews joined the team in October, studying a level two qualification at nearby Askham Bryan College. The team is completed by stable manager Les Frost and gardener Sam Glover.

With 180 acres of grass to care for, including the car parks, there is little downtime, although Jonjo ensures that as well as accommodating staff holidays in late summer before the jumps season starts in October, there's a month's gap between meetings in March.

"It's needed - to rest staff and to rest the ground. You can't just go straight through." 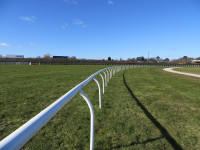 Preparations for the new jumps season start in earnest on 1st June. Until last year, this included engaging contractors for the renovation works on the new section of the track, but now it can be managed as a whole.

The sward is cut back through the summer and scarified with a spring tine harrow before any bare areas are overseeded and topdressed. Backfilling with a Mansfield Sand soil/sand mix and rolling to level the track is also done at this time.

Fence repairs are another summer job - three of the nine steeplechase fences are renovated each year and the hurdles need constant attention. Gill and Punter portable steeplechase fences can be moved to fresh ground in a wet winter and were specified to match the permanent obstacles in the back straight, praised by jockeys for being 'inviting' to the horses.

A slow release 12:6:10 fertiliser keeps the turf ticking over until late summer, and Jonjo says; "we hope for a dry summer so that the roots go deep looking for moisture." 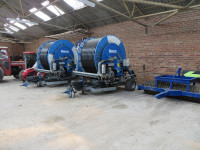 But dry conditions as the first meetings approach mean bringing out the irrigators, a pair of Briggs booms which replaced a pop-up system when the track was realigned.

"We've used wetting agents in the past to try and keep moisture in the soil and, in September, a 4:12:12 fertiliser will go on - we use STRI to make recommendations. We'll also spray for broadleaves and, if necessary, chafer grub in the spring."

With the prestigious Charlie Hall Chase coming so early in the season, the pressure is on to get the course looking good from the outset. Mowing plays a key role in this and a new Votex front mount rotary mower gives the quality of finish and the output needed, having been paired with a new John Deere 5 series tractor.

"Whilst we were waiting for the tractor to be delivered, we took the opportunity to trial a John Deere wide area ride-on mower," comments Jonjo. "We felt that it didn't offer sufficient output and prefer the versatility of a tractor that can be paired with a number of implements." 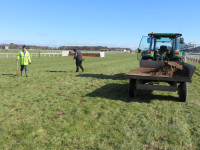 A large building previously used for saddling up now does duty as the machinery shed, keeping all the equipment under cover and in one place.

Moving rail is a constant task, with the A1 bend moved out three yards after every meeting and the hurdles shifted regularly to present fresh ground.

Racing takes place every ten days from October to December, with slightly longer gaps in the spring. By March, Jonjo and his team have earned their breather, but there is still much to look forward to. It's a good life if you can live it in the fast lane.

Wetherby is one of twenty-three independent racecourses in Britain, owned and run by individual companies rather than large groups such as Jockey Club Racecourses or ARC.

"This includes financial management, the role of clerk of the course and grounds management, health and safety management, marketing and a General Manager or Chief Executive. We provide a similar service at Thirsk, Catterick and Redcar, although each is run independently of the others."

Jonjo comments that the benefits of independent ownership include being able to maintain the course's own identity and meet its individual needs.

Downsides can be seen when a major meeting is lost, and the racecourse can take a blow financially, without the opportunity to spread overheads throughout a group.

"The groups can also work to develop the fixture list to suit their individual racecourses, such as taking a number of Sunday fixtures, for example."

But he maintains that an independent approach works extremely well for the all the racecourses that all the team at International Racecourse Management look after each day.

"They are four individual racecourses, with their own characteristics and approaches, and they offer a welcome degree of variation for all our customer groups" he says.