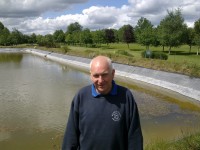 After one of the driest, hottest spring seasons for decades - April's temperatures, according to the Met Office were the highest since 1910, with rainfall 79% less than expected - and drought forecast for the summer, an effective wetting agent is a vital tool especially for Greenkeepers restricted in their water use.

Richard Biggs has been Head Greenkeeper at Stoneleigh Deer Park Golf Club in Warwickshire since 2000. Along with his four staff he looks after an 18 hole main course, a par three 9 hole course and a putting green amounting to some 250 acres.

He gets his water straight from the River Avon but he's restricted by environmental constraints. "We've no lake, reservoir or storage facilities and once the river drops to a certain level we can't take anything out of it," he explains. "Looking at the flow rates for the last three weeks in May, restrictions were off one day and on the next. I never know how much water I've got at my disposal and I need to make the best use of what water I have."

Richard uses Headland's TriCure AD wetting agent as part of his spring and summer maintenance programme, which cuts down the amount of water the course needs. "It's worth its weight in gold," he says. Applied monthly, from the end of April/May until September or October the product also does double duty. "As well as being a valuable wetting agent in dry periods, when we have high rainfall TriCure AD pulls a lot of water away from the surface," he explains.

Course Manager Brian Piggot who has been with Buckingham Golf Club for over 31 years changed his wetting agent to TriCure AD in 2004 after his 18 greens were re-built to USGA spec. "They're now very free draining," he says. Brian also takes his water from a river (The Great Ouse), but although the course has the luxury of its own reservoir and he can only fill it between 1st Nov. and 1st April.

"We've not emptied it yet but this year it's been a bit worrying. It's going down quickly," he continues. "We only had 3mm of rain in March and 4mm in April. May gave us 25mm and we got 20mm of that in one night. We've used a lot of water early on." Brian reckons that by using TriCure AD he's saved about one third of his total water usage. 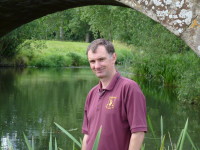 Kevan Glass, Head Greenkeeper at Brockenhurst Manor Golf Club in the New Forest is in charge of an 18 hole course with traditional push-up greens, the whole of which is on clay. "We've got a pond that we take water out of as a back-up for hand watering," he says, "but I don't like to use it to fill up the tank. We're on the mains, but once the tank reaches a certain level it cuts off.

" Kevan has found that this spring the wind has been as big an enemy as the temperatures. "We're a tree lined course and because of the wind direction, everything's dried out more than if the temperature had been in the high 70s," he explains. "They've forecast rain but it's missed us." The extreme dry weather meant that Kevan and his team didn't cut their fairways for the whole of May because they were just lying dormant.

"Our biggest problem is storing water," he says. Kevan changed his wetting agent to TriCure AD a year ago and he mixes it with Headland's biostimulant 'Turfcomplex'. He applies this combination every three to four weeks and has found that despite the ultra dry conditions he is watering less this year than last. "I'm really happy with the results," he says. "TriCure AD and Turfcomplex are an important part of my turf management programme. They're very safe to use, I've never had any problems with scorch and I've no reason to use anything else."