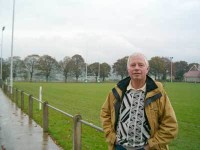 Wharfedale Rugby Club, located near Grassington in Yorkshire, are currently on a winning streak both off and on the pitch.

The club was successful in obtaining a Rugby Football Union (RFU) community funding grant of £29,000, which was used for pitch improvements. These took place this summer and have no doubt influenced the team's recent playing successes. Having won their 4th consecutive league victory by beating Rosslyn Park 22- 20, they are now positioned in 8th place in the National Division 2 table, proudly ranking the club among the top 40 in the country.

The club runs five senior sides and twelve junior sides every week having to make good use of the two pitches at the club ground and a training pitch in the town. Keeping the pitches in good order is a priority for the Head Groundsman, Roger Toseland. 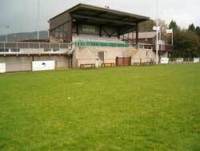 1.To improve the drainage on the second team pitch.

2.To buy a tractor and mower unit for maintaining the pitches.

The bid was successful resulting in the work being co-ordinated by Total Turf Solutions who assessed and managed the works on behalf of the RFU.

Roger has been associated with the club for thirty five years and has been Head Groundsman since 1990. It was during the early 1990's that he initiated the first phase of drainage works on the pitches. The original scheme provided primary and secondary drainage on the first team pitch and primary drains at 11 metre centres on the second team pitch. 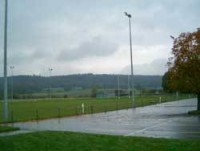 Roger recognises that a secondary drainage system consisting of sand bands at 1 metre centres is required to complete the drainage works on this pitch. These sand bands will be installed when the club can secure the necessary funding.

The acquisition of a brand new Kubota tractor and rotary cutting deck has made a big difference to the efficiency and quality of cutting of the pitches. 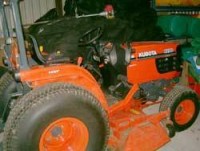 Some 10 years ago, Roger was instrumental in buying some second hand frost protection sheets, and they have been one of his best investments. They have more than paid for themselves and have managed to prevent several games from being cancelled. Roger also lends them out to local cricket clubs during the summer for use as germination sheets.

With the club aspiring to achieve higher playing standards and trying to attracting new players it is important that it continues to improve facilities, both on and off the pitch. Providing good playing surfaces is essential for the development of players' skills and the performance of the teams.


For further information regarding the club can be seen through the following link:- Wharfedale RFC