0 What you see is what you get! 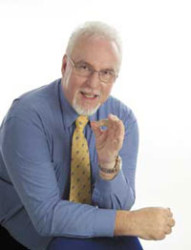 Careers Counsellor and conference speaker Frank Newberry returns, with some real life examples, to probe the theme of personal image and its impact in the workplace (both positive and negative)

In a previous article a couple of years ago I briefly touched on the topic of image and personal impact and the need to consider dressing to a standard that is 'plus one' i.e. one higher than that expected by others at work. Others being the boss, the customer and those who will interview us for a new job or a promotion.

Many people still think that first impressions count for a lot and, if we want to advance in our career or influence people in a positive way, we should not disappoint them.

All the other candidates would be wearing best jeans and sweaters

One bright morning a few years ago, whilst I was visiting my sister in the USA, my nephew was scheduled to go for a job interview with one of the world's leading imaging companies. If successful, he would be working as a laboratory technician. At breakfast I wished him 'good luck' and asked him about his 'interview suit'. He told me that the job was in the lab and that he was going to the interview in his best jeans and sweater. When I expressed concern he said that it was not an office job and that all the other candidates would also be wearing best jeans and sweaters.

Undaunted, I asked again about his suit. I learned that he did not own a suit. He did not even possess a jacket or even a tie. I myself, on the other hand, had packed a sports jacket, shirt and tie in case formal attire might be needed on my holiday, and I pressed these items onto my nephew. Out of respect for his uncle he agreed to wear them, but expressed the view that he would be self conscious (a downside to this) because he would be the only one wearing formal clothes.

When he returned later in the day I enquired if he indeed was the only person at the interviews wearing a jacket, shirt and tie and he confirmed that he was. I then asked if everyone else wore their best jeans and sweaters to the interview. Again, he confirmed that this was the case. Finally, I asked who got the job and he said "I did Uncle Frank".

I congratulated him enthusiastically and avoided saying anything about 'first impressions' and 'I told you so'. Significantly, a year or so later he was the only lab technician not to be put on to short time and, a little while after that, he was the only one in the lab not to be made redundant when his sector hit a downturn (an upside I think).

We can change the negative perceptions that people have of us

Now, with rumours of recession here and in the USA, we cannot go back in time and change a first impression, but we can show the key people in our work lives that we mean business. We can even change the negative perceptions that people may have of us. Perceptions which they may hold, but have never shared with us, and of which we are unaware. This brings me to my next real-life example.

I met Bob after he had attended a number of technical training courses over a short period of time and, as a management consultant, I had been invited in to help him apply all his new learning to real life work problems.

When I explained this to him he seemed unimpressed and indicated that his biggest work problems could not be resolved by any of the training he had undertaken. When I probed for more details he disclosed a number of disappointments and serious concerns that could be summed up as 'not being taken seriously at work'.

For example, people stole his ideas and presented them at meetings as if they were their own. He attended meetings on behalf of his boss but always at the last minute, and mainly as a message giver and a message taker. He was keen on promotion but was never given opportunities that would give him a chance to show his worth. To compound matters his performance appraisal was due and he had only spent nine minutes with his boss (his appraiser) in the last twelve months.

His appearance suggested a demotivated and depressed individual

Now, I am not the smartest dresser myself but it is worth pointing out Bob's work attire at this point. On the upside he had a pleasant face and his hair was smartly groomed. He was tall and burly and (on the downside) he had a pot belly accentuated by a droopy worn-out cardigan. He wore moccasins on his feet and his trousers had no crease. He wore an open neck non-descript shirt. Nothing was dirty at all but everything was bordering 'scruffy'. His appearance, upon reflection, suggested a demotivated and depressed individual.

I asked if he was prepared to participate in an experiment for a month, and he seemed a little apprehensive but, to quote the late Jeremy Beadle, he was 'game for a laugh'. I reviewed with him the key points of a lecture I had heard on the topic of 'image' and I persuaded him to wear his best suit (which happened to be made-to-measure and dark grey), a clean white shirt every day and a dark tie with some red in it.

The lecture I had heard suggested that black and dark grey are the colours of 'seriousness' whereas dark blue and navy are the colours of 'ambition'. White denotes purity and honesty and the colour red quickens the pulse and suggests the wearer might be an 'exciting' individual. To his credit, Bob took all this on board and wore the prescribed clothing to work for a trial period of one month.

I duly returned after a month to discuss with him what had transpired (if anything) during the period in which he had worn the more formal outfit to work.
Bob was wearing the prescribed clothing when we met and he did look smart - in every sense. However, he was in an angry mood and immediately accused me of persuading his colleagues to treat him differently. I reassured him that this was not the case and that any changes were all his own doing. On the upside he was rather taken aback that people reacted so positively so quickly. All his concerns about not being taken seriously had evaporated.

People happily quoted him at meetings, invited him onto new projects and, best of all, he had got a good appraisal and had been recommended for promotion.

On the downside he had to spend more money on his work attire and he was very troubled that the people at work, whom he thought were his friends, treated him so differently merely because of what he wore to work. Their reaction would be understandable if he had started to behave differently or if his work performance had suddenly changed. At the time I suggested to him that his colleagues had probably always respected him, but now they could see (by his image) that he respected himself. I also suggested that our appearance has a more profound impact on others than we may realise. I asked if he was going to return to his old dress standard now that the trial period was up. 'Not bloody likely' was his immediate response!

Now practically, and realistically, Groundsmen and Greenkeepers can only perhaps dress to the higher standard on certain occasions e.g. at a meeting, an interview, on visits etc. This may mean keeping smart attire in the locker at work, but it will make a difference if we can slip into something more formal on more formal occasions.

If we dress sloppy - we can behave sloppy

It also reflects on the public's perception of our profession and we would all do well (including me) to remember that everything we do in a public place is observed and noted by the public. For example the people of Harrogate in late January every year judge the Greenkeeping profession by the behaviour of the Greenkeepers. If they look smart in the evenings and are polite it is noticed and commented on. If a minority get drunk and behave in an anti-social way it will also be noted and commented on. Those of us in management are also judged by the appearance and behaviour or our off-duty staff.