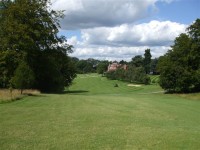 In 1981 I was having a few pints with an opponent after a game of rugby and he asked me what I did for a living. I said that I was a Greenkeeper. "Oh, one of those guys who cuts grass on a golf course" he retorted. (I was in fact the Course Manager at Sudbury Golf Club). After mumbling something about it being a bit more involved than that, I asked him what he did. "I'm a Transparent Partition Maintenance Engineer". After working it out "Oh, one of those guys who cleans windows" I retorted.

From that moment on I made sure that I described myself as a Golf Course Manager and not 'just' a greenkeeper. Well that was twenty five years ago and still the profession of 'Greenkeeping' has an anomaly over what title to give the person who manages the golf course.

Remember we are not alone in this. The Golf Club Secretaries have recently changed their Association's title to The Golf Club Managers' Association as this title better reflects their role today.

As is usual with our game tradition and history has a huge part to play in this debate. In 1851 a useful golfer by the name of Tom Morris accepted an invitation of employment as 'Keeper of the Green' at Prestwick Golf Club and, after fourteen years there, he returned to St Andrews as Keeper of the Green, a position he held until 1903.

For those who have not been exposed to the Scottish history of the game, (where the hell do you work, not in England that's for sure), the 'Green' being the whole of the area that the golf course was laid out over. So 'Auld Tom' was responsible for the maintenance and upkeep of the whole of the course not just the greens.

At some point near the turn of the 19th century the title Keeper of the Green became Head Greenkeeper, probably to do with the titleholder having the best leadership skills and being the most knowledgeable of the greens staff. Then, around the late 1970s the title of Course Manager appeared. I would be interesting to find out who was the first person to hold this title and which club was enlightened enough to add it to their employment contracts.

Moving on and up

In many industries, not just golf, titles have not changed in decades but the jobs they describe have undergone a complete transformation. For me the point is that today managers of golf courses are all increasingly multi-skilled and deserve recognition of that fact.

A recent survey of 1,500 office workers found that 70% would choose a more motivational role or job title over a pay rise. Is this just vanity, or are there advantages to having a job that sounds professional rather than an historical standard?

In the twelve month period from October 2006 to September 2007 Greenkeeper International magazine advertised a total of fifty three senior turf management roles at golf clubs. Thirty three of these jobs were titled 'Head Greenkeeper' with fifteen being titled 'Course Manager', of the remaining five, four had the word 'Superintendent' in the title, the other being entitled 'Estates Manager'.

Of the jobs advertised 62% still carry the moniker of Head Greenkeeper with 28% being named Course Manager, even if we add in the 'Superintendents' it appears that the title of Head Greenkeeper outnumbers the title with 'manager' in it by two to one. Is this just tradition plodding on, a reflection of the amount of store that the majority of clubs put into the managerial element of golf course maintenance? Or is it a lack of confidence or ambition by the people who would be filling these roles? I leave you to draw your own conclusion but I suspect that it is an element of all three.

Here is an extract from the BIGGA website on this subject:

"Managers can be called, for example, Head Greenkeeper or Golf Course Manager. It is recommended that they are all called managers for job specification, salary and terms and conditions of service".

Whilst it seems to be recognised that both titles should be treated as the same for employment condition purposes, the titles clearly do not have the same connotation in the wider arena. You shouldn't have to get your employment contract out to prove that you are a manager.

This leads me on to our American counterparts; the description below is taken from the GCSAA website:

The key word here being management, a Golf Course Superintendent is by definition a manager by another name. In my view a Head Greenkeeper is not.
I do not believe that the word 'superintendent' reflects the standard of professionalism and respect that managers of golf courses achieve in the States. However, there is no doubting that, despite the title, they are held in much higher regard by their clubs and by society as a whole than their counterparts in the UK. Why is this? A lot to do with being professional at all times and managing in a highly efficient and productive way I should think.

I still hear Head Greenkeepers saying things like "in effect all we do is grow and cut grass". In essence, in its basic form, yes you do, but that is not what your employer is paying you for. Avoid belittling yourself and your chosen career. You have far greater management responsibilities that have a direct impact on the success or failure of your club as a leisure facility and a thriving business entity.

Great, so if I am a 'Course Manager' that makes me a better greenkeeper than being a Head Greenkeeper? Well, of course, all job titles have to be lived up to, their salaries earned and reputations deserved. A job title does not do all this, you do.

Course Manager or Head Greenkeeper? This is really down to you. Ask yourself, "is my title an accurate reflection of the responsibilities I have" or "does having the word manager in my job title give an application for a higher level post more credibility?"

Employers or employment agencies know that titles are as good at catching your attention as the salary. Think how much notice you take of what a job is called when you're scanning vacancies. Or look at the reverse side of this, if a prospective employer is looking for a Course Manager, think how they will react if your latest title is Head Greenkeeper.

Getting a new title

If, on reflection, you feel that you deserve the title Course Manager get your title changed. A good time to discuss this is during a performance review. Prepare by looking at new responsibilities you have taken on and ways in which your job has changed recently. If you have particular achievements, strengths or 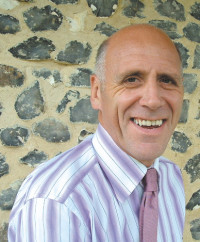 areas of responsibility that you would like to develop, highlight them. Ensure that you show you are a manager by planning ahead and presenting your case well. Do not compromise on the principle of why you are making this request for change.

If your bosses dismiss the idea, explain why it's important, if you feel valued by your employer and proud of what you do, you will be more positive about your work and believe in your potential to develop further. Don't be afraid to say you need acknowledgement of the contribution you are making now.

Yes, your job title matters. It should be motivational, instil pride, increase confidence thereby engendering self-esteem and peer recognition. Oh, by the way, it will also aid your career development. Make sure your job title does you and the profession you represent justice.


About the author: Kevin Munt is Principle Consultant of KMgC, a management consultancy specialising in the Golf Club development and operational management.

During his career in golf Kevin has been the Course Manager at The Wentworth Club, Royal Dornoch and Hankley Common golf clubs. Project Manager at Golf Club Pfaffing, Germany, Golf d'Apermont, France, The London and Buckinghamshire golf clubs in the UK and was the Operations Manager at the Buckinghamshire Golf Club during the first four years of its business life.