0 Where are you now Mark Barthelmie?

In the first of an occasional 'where are they now?' series, we catch up with Mark Barthelmie; he of the Big Willy! 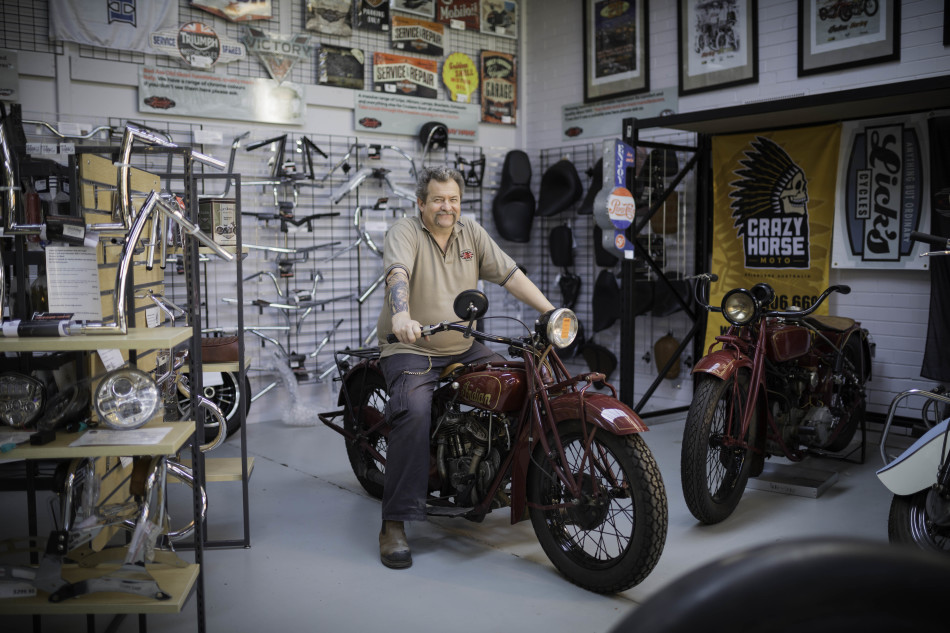 The face may be a tad chubbier, the girth a bit wider and the hair somewhat shorter and with considerably more grey streaks, but there's no mistaking the cheeky grin behind the trademark facial hair.

Those of a certain age will recall Risboro' Turf (or RTS as they were commonly known) who, out of the Buckinghamshire village of Bledlow, south of Aylesbury, began life as a professional turfcare machinery dealership, but later produced niche turfcare machinery with wonderful names such as Honest John, Triple John, Fred the Edge and, erm, Big Willy! Those names were dreamt up by Mark Barthelmie, who was the marketeer and managing director within the company. His long-time friend and co-director was Richard Taylor (now of RT Machinery in nearby Nether Winchendon).

The two of them formed a formidable partnership, with Richard's grounded approach a foil for Mark's more exuberant style.

So what happened to this company's colourful leader? Well, a honeymoon to Australia, that's what. Mark fell in love with the country, but his then wife was less sure about upping sticks and emigrating, even though he had been offered a job out there in the turfcare industry. "It was a snakes and spiders thing," he recalls. Risboro' Turf came and went, as did his first wife, and the lure of Australia beckoned once again. Mark had always had a love of motorbikes, most notably Harley Davidsons, and the attraction of open roads, a great climate and the breeze through his then thick hair was too much. And, in truth, he needed a new start.

RTS machines remained in the marketplace as part of the Allett stable, before they streamlined the range of models and branded them as Allett. Only the BJB42 tractor mounted scarifier remains. Richard, meanwhile, went off to form RTM.

So, without any clear plan of action, Mark moved to Australia, bought a Harley in Melbourne, headed off to Adelaide, Darwin and on to Broome in Western Australia, finally arriving in Perth. He recalls that riding a Harley in temperatures touching 45OC was rather challenging for a Brit.

Returning to Melbourne, he found himself, somewhat by chance, being interviewed and accepted for a job at Harley Heaven who sold 'everything Harley'. He stuck at the job for just short of six months, but the idea of running his own business again kept nagging at him.

"So, I went and bought a big tent, designed a portable merchandising stand (which we still use to this day) and started selling biker accessories such as jewellery, belts, jackets, boots and more. I just wanted to go to shows and 'sell stuff'."

He also started an online business, zorros.net.au, which required him to purchase an old factory to stock an ever increasing array of merchandise, such as container loads of helmets. Even though the online business was very successful, customers still wanted to collect their purchases during the week, so Mark found himself spending more and more time at the factory, meeting and greeting. And, as things have a habit of doing, a few hooks on the wall displaying impulse buys eventually morphed into a fully fledged display.

During this period, Mark had hankered after another classic cruiser bike. "I harboured a secret desire for an Indian," he confesses, "and ended up with a 1948 Chief in my garage."

Indians once rivalled Harley, but ceased production in 1953, due in part to the company's desire to manufacture lightweight motorbikes, which rankled with traditionalists. Interestingly, and almost full circle, Polaris now manufacture bikes branded Indian, following the traditional cruiser styling.

The marque was the subject of a 2005 film - The World's Fastest Indian - which documented the story of New Zealander Burt Munro's land speed records set on a 1920s Indian Scout between 1962 and 1967.

But back to Mark. He now has what he terms a 'modest' fleet of Indians, and trades as Crazy Horse Moto out of new premises in Mordialloc, South Melbourne - it's close to the beach - with the Zorro online business running alongside.

With Australian helmet regulations now complying with European standard ECE22.05 across all states, a move Mark welcomes, he was ideally placed to offer the UK brand, Davida Helmets, to new customers. 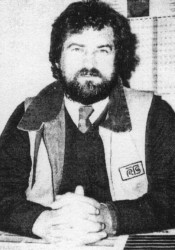 Mark's remit is simple; niche products and 'give the customer what they want'. He stocks most parts for Indians old and new, or can get them on a quick turnaround, and can often walk to the back of his store to pick a part that someone had been searching for in vain. If not, he'll get one made.

As he says, online trading is growing, but there's no reason why the touchy feely side of his business won't do likewise. "With many of the major dealerships struggling, if you can't be a major player, you need to be a good niche player."

Mark Barthelmie always has a smile on his face, but please be careful if you ever get the urge to search 'big willy' on the internet!