by BBC
in General Interest and Football
on 26 Feb 2018

0 Who gave all the pies?

Salford City FC were left with 150 pies on their hands on Saturday when the referee called off their game with Tamworth because of a frozen pitch. 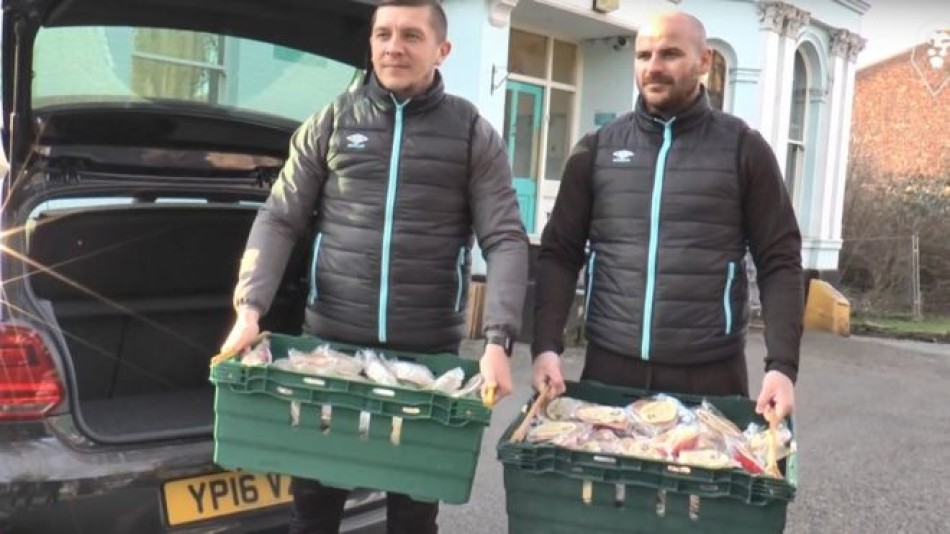 Managers Anthony Johnson and Bernard Morley did not want the food to be wasted so delivered it to the charity.

"It's great to be able to help people," said Mr Johnson.

The club's pitch was inspected initially at 10:00 GMT and looked playable but the match referee decided it was too frozen just 90 minutes before it was due to start.

Salford City has a list of homeless charities to contact in case it has leftover food but this was the first time it has supplied food to one of the charities.

Joint managers Johnson and Morley delivered the consignment including 150 pies, four containers of leek and potato soup and 40 cheesecakes to Manchester-based charity Coffee4Craig.

"We wanted to share some of the good feeling that we have at the club," said Mr Johnson.

Hendrix Lancaster, co-founder of Coffee4Craig, said the it was very grateful for the windfall, adding; "People are very, very generous."

In 2014 the club, which plays in the National League North, was taken over by a consortium including the Manchester United "Class of 92" former players Gary and Phil Neville, Ryan Giggs, Paul Scholes and Nicky Butt.