Early last year, Wiedenmann's Terra Spike GXi8 HD was shown on Twitter in full working mode, a cup of coffee balanced as it made its way across a green. The coffee didn't spill and greenkeepers took to filming their versions of the #CoffeeCupChallenge. Impressed, Rick Sinker, who had recently been appointed Course Manager at Lymm Golf Club, called upon local dealer, Turner Groundscare, to give a demo. 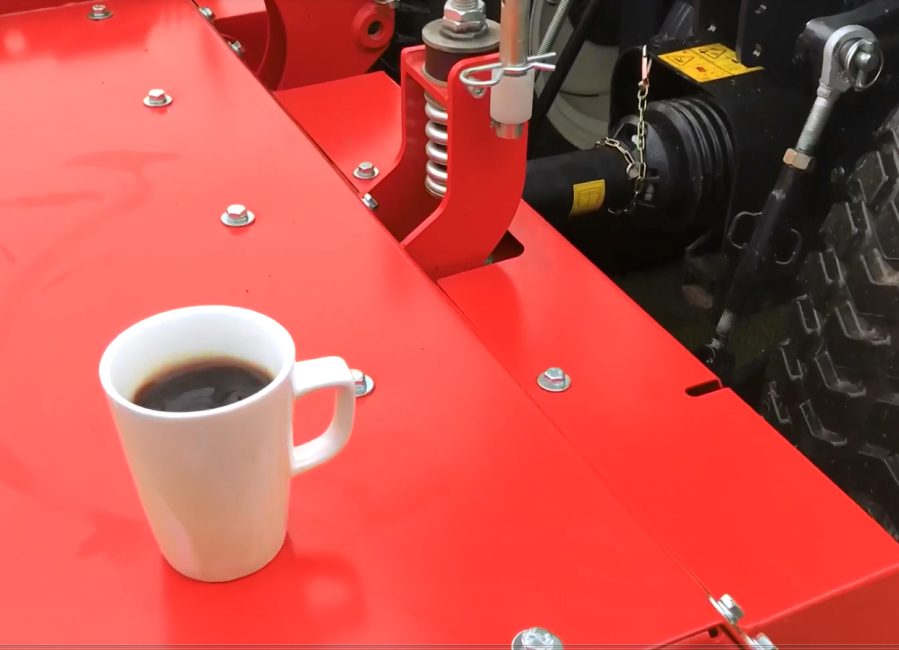 "What I liked, firstly, was that depths of 7, 8 and 9 inches still left the surface smooth. Then you realised its speed; it moved so quickly. Finally, when you examined closely, it was all about neatness," said Rick. "It went so well that we dispensed with our pedestrian aerator because it couldn't maintain the same clean finish."

Fast forward twelve months and the Cheshire club has a very thorough aeration programme underway. Together with an existing Wiedenmann XP6, Rick and his team of four have made steady progress.

"After you've aerated with a GXi8 every other machine just seems so outdated. Incredibly, sometimes you don't even need to cut the grass afterwards. Nothing I've used elsewhere is as discrete nor comes close to such minimal disruption."

"Primarily, the main job of the GXi8 was to be on greens every month. However, it was so fast that I had to try it with bigger (20mm) tines on approaches and tees. The GXi8 goes down to 250mm, so not quite the 400mm depth that I can get from the larger XP6, but together they are pretty formidable. It made such a good job we revised its duties; letting it do more across the course, often working in tandem with the XP6." 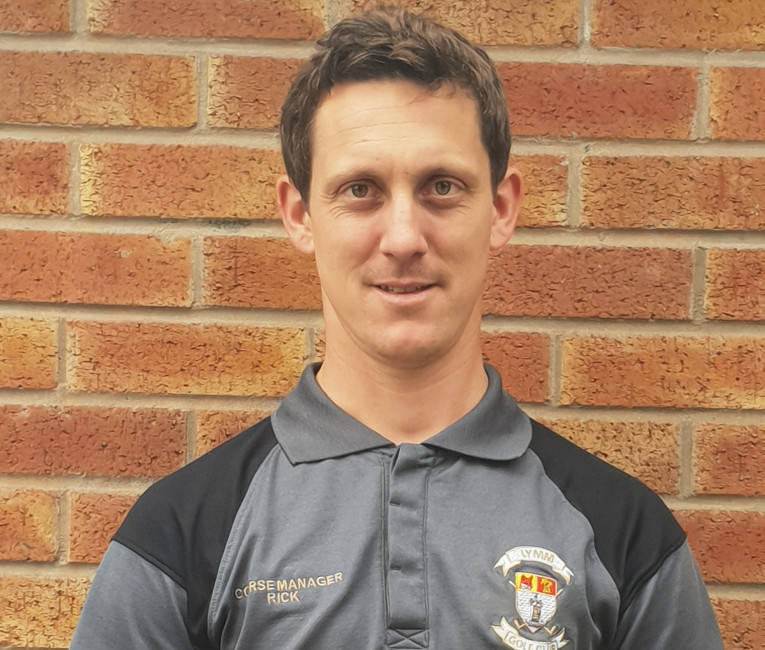 "Aeration is going well; our surfaces are getting better and better. Now we do the greens with the GXi8, monthly, 8mm tines in a square pattern altering depth. Approaches are done with the GXi8 using 12mm tines, two or three times a year. Tees are also done with the GXi8 twice a year. Then at our two separate maintenance periods, April and September, weather permitting, the bigger XP6 comes out and we'll go the full 400mm depth on tees and approaches. Even though its seven years old, we still get the best from the XP6 as it leaves a lovely finish. All we do then is repeat on top with the GXi8, using 8mm tines, to maximise smoothness again."

Rick Sinker's affinity for machines began as a boy when he grew up on a farm. For him it is absolutely essential to understand exactly what a machine can do.

"We never need more than 5-10 degrees of heave with the XP6; our aim is to keep surfaces as tight as possible. With long tines the beauty is you are actually getting plenty heave underneath but very little on top which is exactly what you want. Using 350mm tines or more it works a treat because at the tip end of the tine, you are getting quite a lot, so very little surface disruption but the desired heave amount underneath. 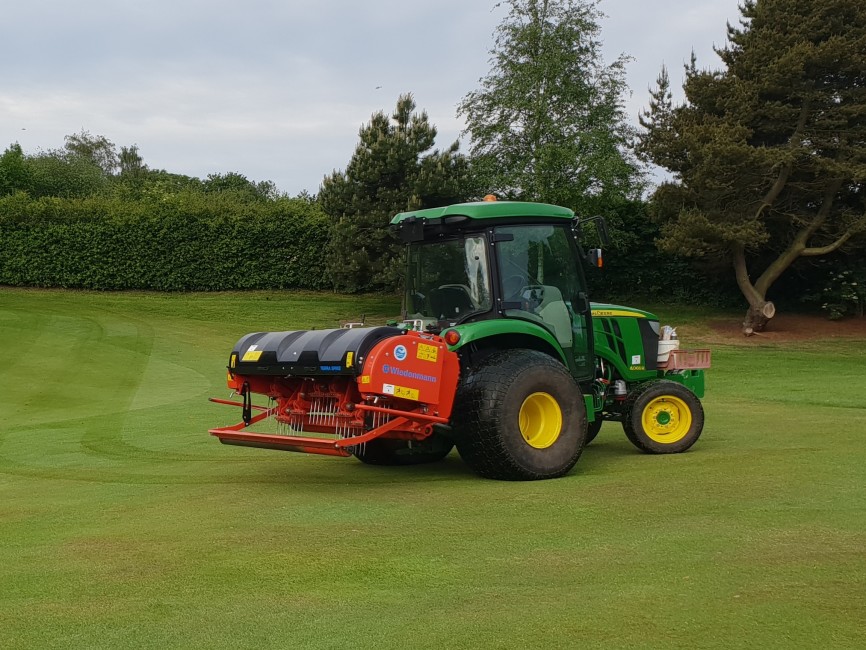 With the GXi8 only the slightest of turns on the heave handle is required; just enough to make a difference; make the ground loose enough for the tine to be easy to come out. Obviously during summer you want no disruption to the surface, just the heave going in and out clean as a whistle. You just need to be aware.

At the end of July, Rick had a full day on the GXi8 himself which he said gave huge satisfaction, a perfect work day. "It was like a milestone for me, a real personal achievement. Twenty one greens in a day starting at 05.00 and finishing at 13.45. All greens, done including the putting greens twice. 8mm sold tines in a square hole pattern down to 8 inches. Not a single snapped or bent tine and the surfaces as smooth as they had been all season. It was testament to the machine it performed so well but I was proud the club has seen fit to invest in the machine and their faith was rewarded."

Lymm Golf Club is an award winning course with close proximity to the Manchester Ship Canal and lies on the edge of the pretty village of Lymm. Busy year round with members, societies and visitors, it is a progressive club, which invests in its people and its rigorous maintenance standards.. Rick Sinker arrived in May 2018 after spells at Ashton-on-Makerfield GC and Delamere GC where he trained.