by Val Graham
in Industry News, Rugby, and Machinery & Mechanics
on 05 Jun 2015

A Wiltshire rugby club has taken a huge step to keep its five pitches and training areas playable all season long and minimise fixtures that fall victim to the vagaries of winter. 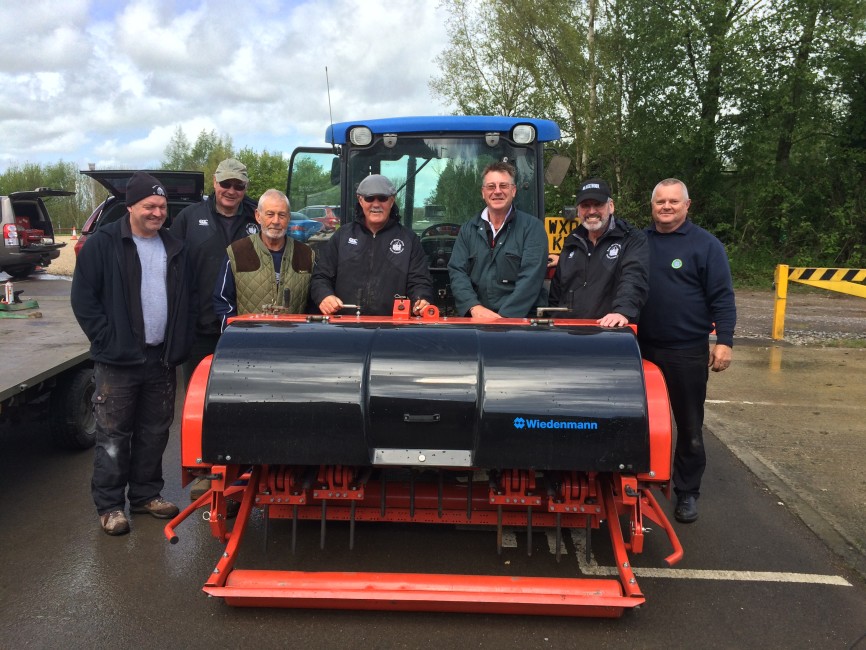 Royal Wootton Bassett RFC has bought a Wiedenmann Terra Spike deep aerator and sees it as a major investment that will start to pay off as early as this autumn.

With a big family ethos the Southern Counties South club runs three regular senior teams, six 13 - U18 junior teams and six age groups from Under 6-12 years. The club recently move in to a brand new facility at Ballards Ash and since then has invested heavily in the facility including new drainage on the main rugby pitches.

A club spokesman said: "Like many clubs at our level, if our pitches aren't playable the only revenue coming in is from bar takings; fewer games mean the bar is quieter. Over the last 18 months we've actively looked to improve the standard of our rugby fields so that they only shut down in extreme conditions.

"Much more information and education is readily available about pitch maintenance so we realise a more rigorous schedule of turf care will increase the quality and stop them holding water. Regular aeration is vital and we've been given help and advice from the RFU at all levels on how best to decompact our turf. Our pitches previously belonged to the council and over the years drainage has been a major issue. At best we could afford to have them aerated twice a year by a RFU aligned contractor but it wasn't nearly enough to have much effect."

Part of the Wiedenmann purchase included full installation and a training seminar for all the Royal Wootton Bassett volunteer team who'll be involved using the aerator with their existing New Holland tractor.

"We can't recommend Wiedenmann's after sales customer service and care highly enough," continued the club spokesman. "We know a top rate coach when we see one and the coaching session our grounds care volunteers had from Wiedenmann's Chas Ayres when our Terra Spike arrived was as good as any of us has ever had experienced. We now have a plan for different depths and hole spacings, where and when to use heave and the tractor and Terra Spike have been optimally set for our conditions.

"Realistically we are looking at our volunteers aerating a full pitch every week in rotation. For us it's fantastic. Long term it's going to improve the pitches and we're going to get more games played which enables our members to play more games and helps to protect the clubs revenue making us more sustainable as a club in the future."

Wiedenmann UK's dealer for the area is T H White at Knockdown.