by External source
in Conservation & Ecology
on 04 Sep 2014

A bid to safeguard endangered wildflower meadows has backfired, according to an unpublished report by the watchdog Natural England. Some 98% of English meadows have been lost to intensive farming, but the rate of loss nearly doubled after the EU said it wanted to protect grasslands. The report says many farmers responded by digging up their meadows before tighter rules could be introduced. 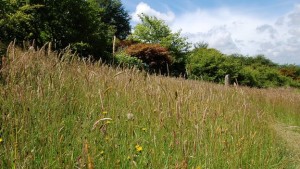 The government said it never had faith in the EU scheme. It maintained that grasslands in the UK were adequately protected anyway. But the news has angered wildlife groups who are meeting on Wednesday to discuss progress since their State of Nature report 18 months ago revealed 60% of native species are in decline and one in 10 are heading for extinction in the UK.

They say England cannot afford to lose any more wildlife-rich meadows, which provide a home for pollinators, help soak up floodwaters, and delight local people. The groups believe funding for the wildlife watchdog Natural England (NE) has been cut so hard that it cannot function properly. And they say meadows will face even more pressure if the Deregulation Bill passing through the House of Lords obliges all government agencies to prioritise economic growth.

Meadows have been lost for a variety of reasons. One recent row centres on Somers Meadow at Keresley, on the edge of Coventry. It has long been used by local people taking a walk, but the farmer recently obtained permission from Natural England to apply weedkiller and plough it for arable crops.

Locals are distraught. Rachel Gering-Hasthorpe told BBC News: "We had a beautiful wildflower meadow used for 60 years by the community until it was sprayed with weedkiller.

"We've lost a beautiful habitat full of clover, buttercups, bees and moths. For me it's a huge grief to have lost this lovely place that I knew very well. It felt like a friend to me." Other local people used similar terms of grief and loss.

The farmer did not want to be named, but told BBC News that the field was a worn-out pasture with little wildlife value. His assessment was supported by NE, which said the species in the meadow were not rare enough to qualify for protection. Locals complained that NE's survey failed to spot rare species, and they blame the body for setting the bar too high for nature protection. They are now awaiting a judicial review on the issue and have launched a discussion forum collating the challenges facing Natural England.