Save Newcastle Wildlife has called for a total ban on artificial turf being used on public land in the city Wildlife campaigners say they are "appalled" by the amount of plastic grass being installed during summer celebrations in Newcastle city centre. 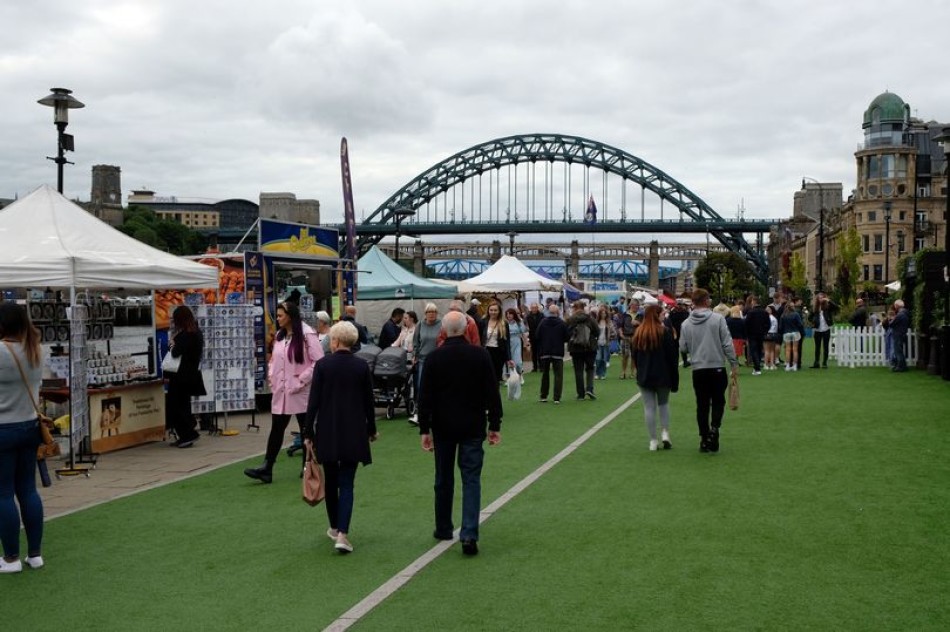 Artificial turf on the Newcastle Quayside

Long strips of artificial turf have been laid down in busy locations like the Quayside and Blackett Street over recent weeks as part of activities designed to bring more people into the city this summer.

But the changes have not been welcomed by environmental activists, who have complained that the fake greenery has a "huge carbon footprint" and can be harmful to humans and animals.

After similar complaints about the use of plastic grass at the Cowgate junction last year, Newcastle City Council pledged that it was a "one-off".

Rachel Locke, Save Newcastle Wildlife, has now called for a total ban on the use of artificial turf on any public land in the city after seeing it used in summer events organised by the NE1 business improvement district company.

She said: "We are appalled to see the widespread use of artificial grass in public spaces around Newcastle. Plastic grass is bad news for the environment and should be banned. It has a huge carbon footprint and breaks down into tiny pieces that find their way into our water, food and air.

"Some artificial grass also contains toxic chemicals, which are harmful to humans and domestic pets.

"Just last year Newcastle City Council assured people that the use of artificial grass at Cowgate roundabout was a one-off but clearly this is not the case."

Ms Locke added that Save Newcastle Wildlife had asked both the council and Your Homes Newcastle to institute a ban on its use on council-owned land.

The plastic grass has been used to create a huge 'urban garden' on the Quayside this summer and has also completely covered over the road on Blackett Street during its weekend pedestrianisation. 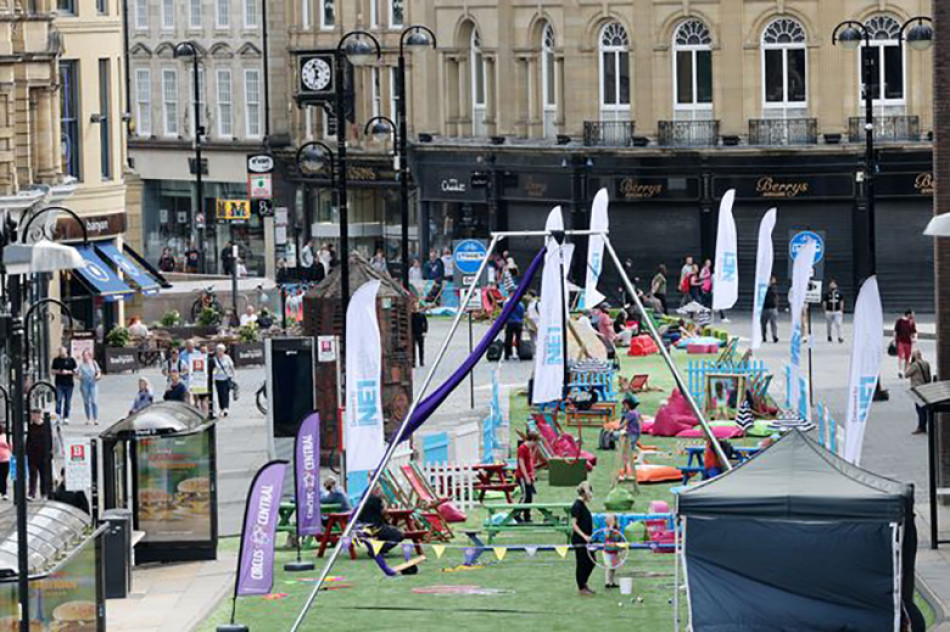 Ben Whitfield, head of marketing and events at NE1, said that the company tried to use "as little artificial grass as possible and aim to use it only in high footfall areas where real grass simply wouldn't be practical".

He added: "Laying real turf and having to replace it every time it was damaged would have a greater environmental impact and would not be feasible.

"What we do use is re-used, much of it has been used in previous years at NE1 events and installations. After each event is dismantled, the supplier cleans and reuses the artificial grass either at the next round of NE1 events, or for other events and private commissions across the country.

"In addition, we make every effort to incorporate as much real greening in the city as we can. This is illustrated by the trees we've installed at the Monument and on Grainger Street and the 69 large planters full of trees, grasses and plants that are positioned along the Quayside.

"We do acknowledge people's concerns over the use of artificial grass and we make every effort to do what we can to reduce its use."

A spokesperson added: "We are committed to biodiversity and across the city have a range of initiatives, from bee friendly verges to wildflower meadows and the North East Community Forest, that are helping to create and improve habitats for a wide range of flora and fauna.

"Also, in the city centre, as part of our ambitious transformation plans, we are working to create cleaner, greener, healthier and more pleasant spaces in which people want to spend their time, and this will include more natural features.

"On one highways project, more than five years ago, artificial turf was considered the most appropriate solution from both an engineering and maintenance point of view. Since then we have not made use of it in any other location, nor do we intend to."