Work has been completed on two new spectator stands at Lord's Cricket Ground in London, UK, adding 2,600 seats to the total capacity of "the home of cricket". 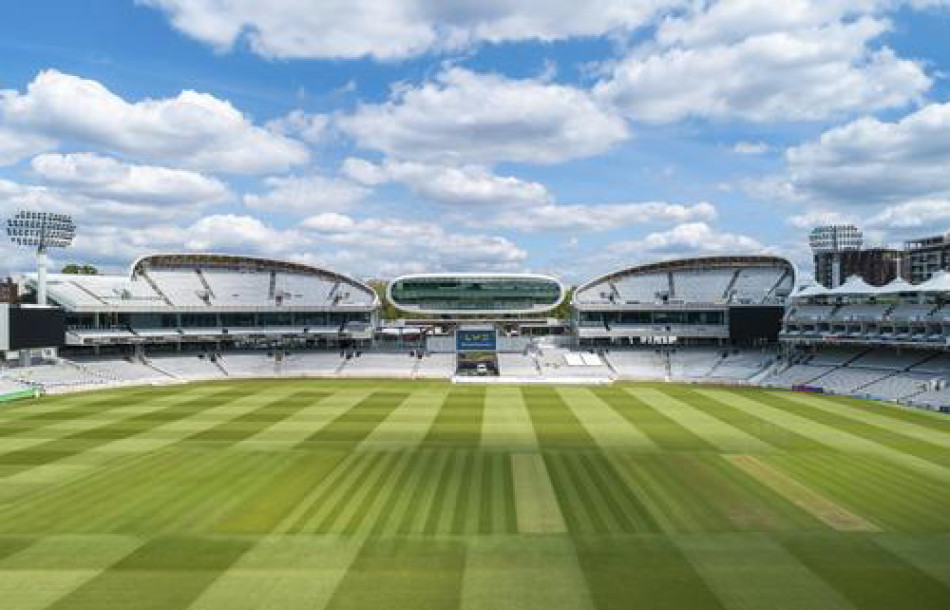 The Compton and Edrich stands, designed by WilkinsonEyre, form an integral part of the Marylebone Cricket Club's (MCC) plans to future-proof the historic venue.

The two new stands, designed in partnership with structural engineers Buro Happold, deliver improved sightlines and an enhanced spectator experience for fans, as well as upgrading capacity, accessibility and amenities.

The stands also have wheelchair-accessible positions, facilities, and lift access at all levels.

Constructed by contractor ISG, the new stands sit on either side of the iconic J.P. Morgan Media Centre and feature a canopy roof, integrated facilities, and an elevated walkway facing the Nursery Ground that connects the two new stands.

At 24m high, they are now the tallest stands at the venue, allowing unrivalled views of the field of play, featuring three tiers that elevate the spectator experience. 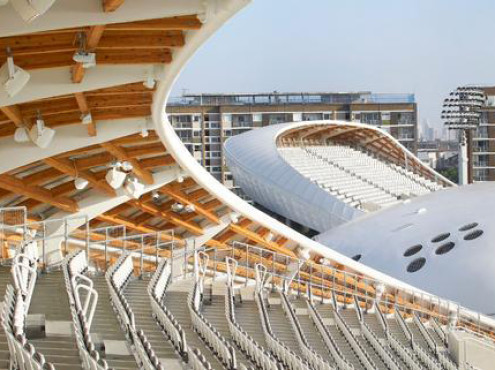 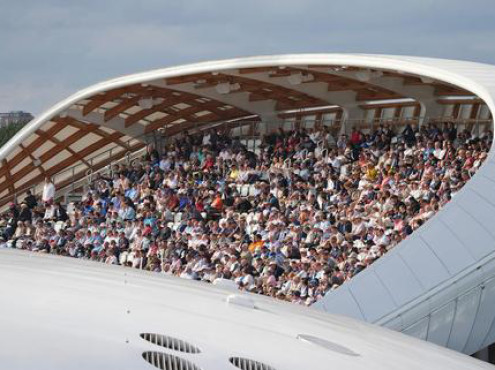 The design concept of the stands is in keeping with both the historic and contemporary architectural context of the venue and form part of an overall composition that includes the iconic Grade II*-listed Pavilion, the J.P. Morgan Media Centre, the Grand, Mound, and Warner stands, with each stand presenting a clear expression of the engineering principles behind it.

The steel mainframes of the new stands feature large columns and double-height colonnades, which - according to WilkinsonEyre - reference the rhythms of the original brick arches of the adjacent Mound Stand arcade.

The roof canopies, which create a distinctive silhouette, are made up of a combination of white-painted radiating steel ribs, a visible timber supporting shell on the underside and a white fabric skin.

Sam Wright, director at WilkinsonEyre, said: "We wanted to create a heightened sense of sporting theatre for the new Compton and Edrich stands.

"Allowing many more fans to share the match action, they have already become an instantly recognisable backdrop around the globe following the dramatic India Test and the hugely successful inaugural The Hundred finals. Rapid adoption by this famous Club's Ground's loyal Members and Ground visitors is testament to the strength of the concept."

Guy Lavender, chief executive of MCC - which owns Lord's Cricket Ground - said: "We have received some wonderful comments about the new stands and seeing them filled with cricket supporters on match days was a very pleasing scene.

"With increased capacity and accessibility, and excellent facilities spectators sitting in these stands are treated to an unforgettable experience at Lord's.

"The stands are a great achievement and an important part in future-proofing the Ground and it is with thanks to the MCC Committee and project team who have seen the project through to its completion."