by Andy Baber
in Industry News, Parks & Gardens, and Local Authority
on 03 Sep 2015 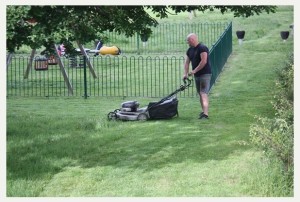 BBLP took on the five-year contract with Wiltshire Council in 2013 and has been heavily criticised about its performance ever since, with towns and villages across the county unhappy with its grass-cutting provision.

Residents have repeatedly complained about overgrown grass being ignored over the last two summers, with some becoming so exasperated that they started cutting it themselves.

The contract will now end in March next year, following a "phased transfer plan" which will see the council take on a number of existing subcontractor agreements, before starting a new tender process.

"The current contract will end on 31 March 2016. A phased transfer plan to minimise disruption to the service is now in place.

"A number of existing subcontractor agreements will transfer to Wiltshire Council for continuity in major resurfacing, ground maintenance and grass cutting services. The council will now seek a service provider to start a new contract on 1 April 2016.

"In the meantime Balfour Beatty will remain responsible for street lighting maintenance and highways activity such as temporary repair works, paths and cycle schemes, and will continue to work closely with Wiltshire Council."

The council's scrutiny committee investigated the contract just three months after it was awarded due to the volume of complaints and said it was "performing satisfactorily", but highlighted areas for improvement.

In March, the council confirmed that Balfour Beatty had sub-contracted all the grass cutting work throughout Wiltshire to former highways contractor English Landscape, apart from the road verges.

For the original article, visit www.swindonadvertiser.co.uk.