Often called the world's best tennis tournament, Wimbledon will be unveiling a new Court No. 1 this year and the preparations are in their final stages 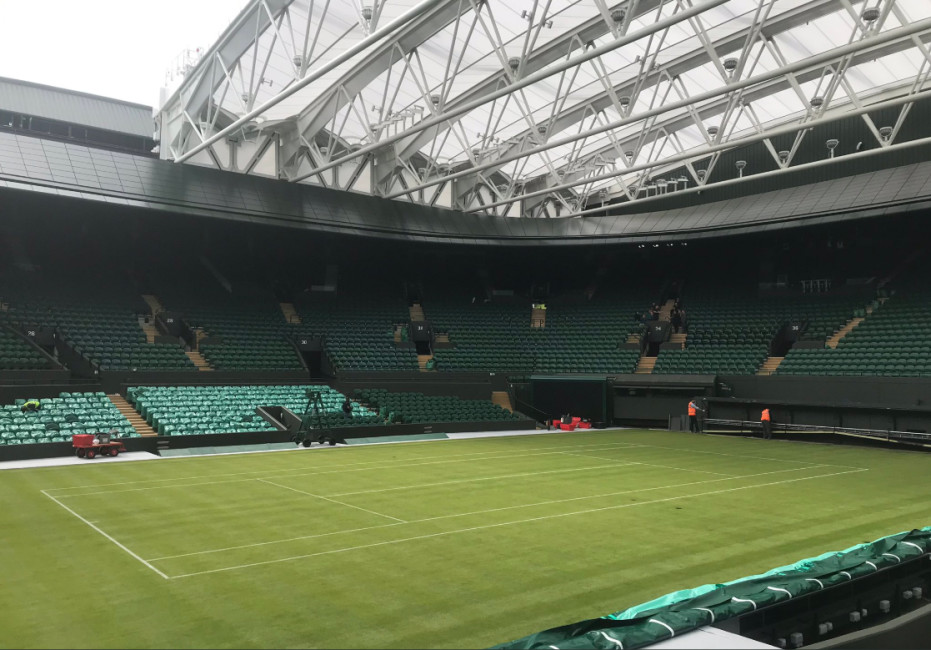 The famously skilled groundsman at the All England Lawn Tennis Club have tweeted pictures of the lines being painted onto court No.1 with the brand new roof also on show.

2019 will be the first year ever that there have been two courts with retractable roofs allowing for play even when it's raining or the light has become too bad for outdoor tennis.

Wimbledon starts on July 1st this year and it was always going to be tight schedule to build the new roof between the time the 2018 Championships finished and the 2019 Championships began. But the roof has been finished and now the club are preparing to test the court with a practise event probably for chosen lucky members of the AELTC. 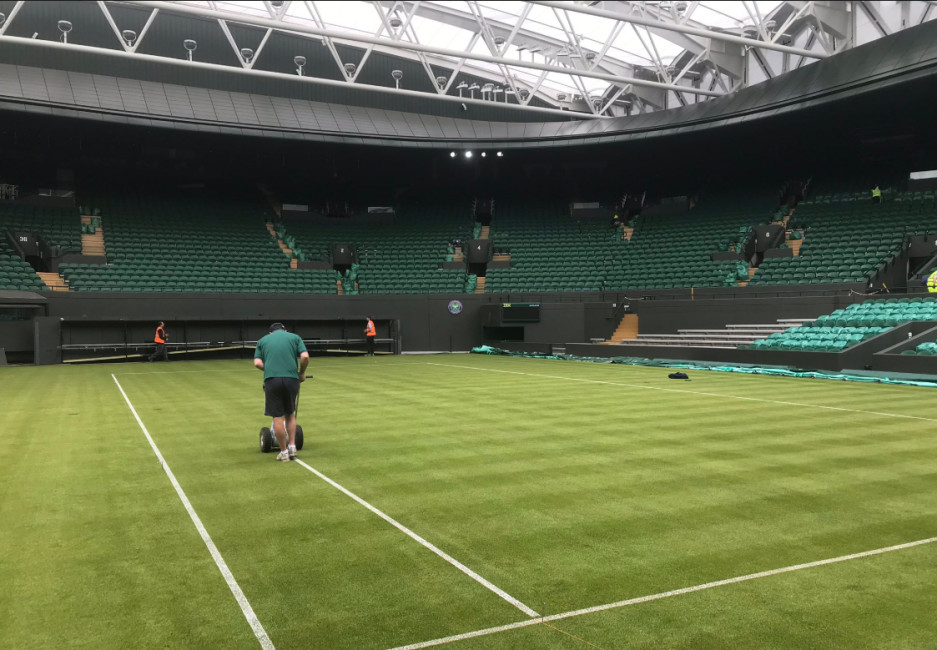 The court now has an increased seating capacity and will allow the Wimbledon organisers the luxury of playing on two courts instead of just one if the weather makes it unplayable on the outside courts.

Wimbledon have always been clear that the tournament continues to be an outdoor event and that the roofs are only used when vital to allow them to keep to their schedule. This new roof also means that fans with tickets on Court 1 and Centre Court are virtually guaranteed of seeing a full days tennis.

Wimbledon is having to invest huge amounts of money to keep up with the other Grand Slam events as they all build or plan to build roofs over their show courts. The Australian Open will soon have 3 courts with roofs, the US Open has recently added a roof to the main Arthur Ashe stadium court and the French Open now has plans to build at least 1 roof over a show court.

You can read the full article from the tennishead HERE