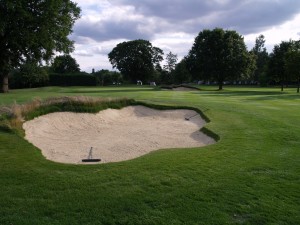 Wimbledon Park Golf Club -- which is located directly opposite the world-famous All England Lawn Tennis Club -- has recently completed a major renovation under the supervision of London-based golf design firm Thomson Perrett & Lobb.

As well as being a successful, long established golf club, Wimbledon Park, which was originally designed by Peter Paxton, the professional of Tooting Bec Golf Club and opened in 1898, plays another important role: the golf course serves as a parking lot during the Wimbledon tennis championships each year.

"Each year, we spend a significant amount of money on turf and additional greenkeeping resource to get the course back in play after the tennis championship is over," he said.

"In a wet year, the job is made even more difficult.

One of the goals of the renovation project was to make the job of repairing the golf course each year as easy as possible."

This wasn't an easy task. Much of the Wimbledon Park property is flat, and achieving successful surface drainage was tricky.

But significant additional sub-surface drainage, as well as a new Toro irrigation system, designed by consultant Roger Davey of Irritech, is providing David with the tools he needs to keep the course in outstanding condition.

Under the guidance of TPL principal Tim Lobb, specialist golf contractor Profusion Environmental has entirely rebunkered the golf course over the past two winters.

The Blinder bunker liner product has been installed in all bunkers, with the aim of reducing the amount of labour required to maintain them. A number of teeing grounds have also been modified.

"Despite challenging conditions throughout the renovation project, we're really proud of what we have achieved at Wimbledon Park," said Lobb.

"Nigel Wyatt and the Profus 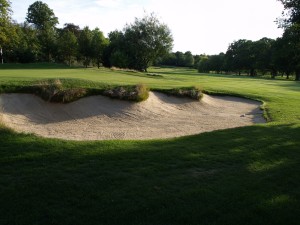 ion team did a tremendous job through two very difficult winters, and the course has been transformed.

The members, and all the guests who visit the club, will see a much improved golf course for years to come, especially given the fantastic work that David and his crew do maintaining the course."

"The club is thrilled with the new-look course, and so am I," said David Langheim.

"Not only will it be far more playable and interesting, it will be much easier for my team to keep it in the best possible condition.

We're really grateful to Tim and the rest of the project team for all their hard work."