by Charmian Robson
in Robotics, Machinery & Mechanics, and Exhibition News
on 29 Oct 2021 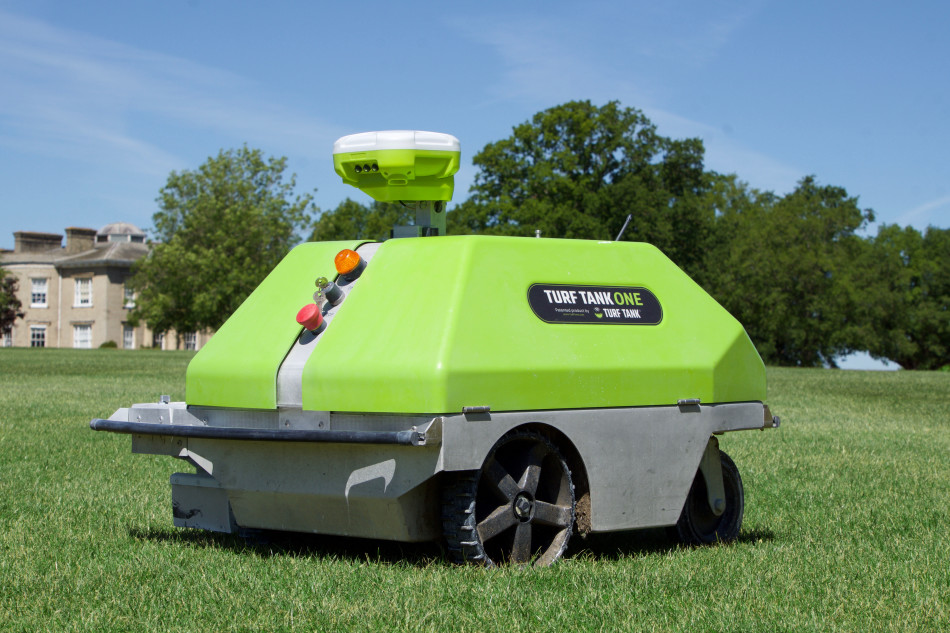 Everyone who comes to the stand will have the chance to enter a draw to win a rent-free robot for:

The line marker will be on Stand G085 at the NEC in Birmingham for the two-day event, along with the Turf Tank UK team.

Throughout the past year, schools, contractors, and professional and amateur sports teams have transformed their line marking operation with the Turf Tank One. Exceptional accuracy using a base station, customisable templates for pitches, logos and numbers, and huge time savings have set the robot apart from alternative methods.

In August 2021, Bromsgrove School began marking their fifteen rugby pitches across three sites using the Turf Tank One, and for Head Groundsperson Richard Hare, it has been a revelation.

"When I first saw the Turf Tank One at the demo, I was absolutely amazed, and having used it, it's revolutionary," Richard begins.

"It just makes the job a hundred times easier, all the lines are dead straight, and there's no mess, that's the other important thing, it's clean, and it is good to use, it's easy, and for us, it's been really, really good."

To find out how the Turf Tank One can transform your line marking operation, visit stand G085 at Saltex.