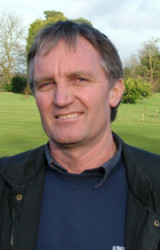 Mick Reece, the Course Manager at Kings Norton Golf Club, has transformed the course in recent years by encouraging his staff to undertake winter construction projects themselves.

With backing and support from Ray Francis, Chairman of the Greens Committee, Mick has been able to implement a number of reconstruction programmes that have improved the condition and playability of the course. In 1995 the club produced a forward thinking "Course Improvements Policy Document" which has been its blueprint for the following works programme in recent years:-

Kings Norton Golf Club was founded in 1892 and began as a nine-hole course. By the turn of the century the course was increased to eighteen holes. The club remained on its original site until 1970 when a housing development was approved and necessitated a move on to green belt land about five miles away at Weatheroak in North Worcestershire. 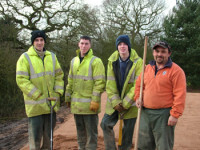 In 1992 the club celebrated its centenary and was the venue for the English County Finals. The English Ladies Golf Union Stroke Play Championship was also played at the course in 1993.Thirty years after moving to its new home the club is thriving with over one thousand members. It enjoys a lavish setting with stately Weatheroak Hall as its clubhouse.

12 staff are employed to maintain all the outdoor facilities which includes the golf course, gardens and car parking areas, a total of 300 acres. Mick has been at the club for eleven years and, in that time, has managed to build up a dedicated team who, between them, have over 100 years working experience at the club.

Kings Norton is constructed on Worcestershire clay and, consequently, prone to waterlogging and course closures. To resolve this problem was a priority for the club and, due to the extent and size of the work involved, they chose to go out to tender. The task was to completely overhaul the fairway and apron drainage systems on all three nine hole courses. The work was undertaken in three phases starting in 2000 and completed in 2002 at a total cost of £72,000.

Prior to the major drainage works Mick and his team had renovated all the bunkers over a two-year period at a cost of £30,000

Since 2002 the club have invested in their own drainage equipment, buying a trencher and material backfill hopper that enables the staff to carry out local drainage works themselves.

In fact, in recent years, during the quieter periods between December and March, they have taken on nearly all the new development works, at significant cost savings to the club. Project costs are 50% of the cost of using contractors and staff naturally take more pride in their work.

The winter periods 2003 to 2005 were spent reconstructing and redirecting all the watercourses and streams on the course, as well cleaning out ponds and water 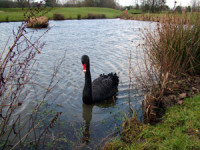 This winter the course has seen further improvements. Several tees are being re-constructed, enlarged and realigned. The club has a policy of playing from natural grass tees all year round, and the work was considered necessary to ensure that this policy is maintainable. The old turf on the tees has been removed, the tees extended and re-shaped using the existing top soil and sub soils, and topped off with 100mm of sharp sand to set levels for the new turf brought in from a local supplier.

The club also has a similar policy of not using temporary greens, the main greens are played on at all times.

All the staff get involved and play an important part, combining all their skills and experiences to ensure the projects are completed successfully and on time. 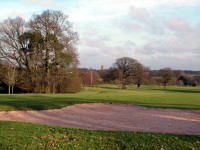 With Mick and his committed team of staff, the course is in good hands. They have been well supported by the Greens Committee which, each year, commits well over £350,000 to running and developing the course.

As for the future there is plenty left to do. Mick is looking at refurbishing the front of the clubhouse, enhancing the pond and formal gardens. There will also be the need to upgrade the irrigation system and then there is the ongoing job of tree planting to improve the topography of the course.

It's a never ending labour of love for Mick and his committed staff.