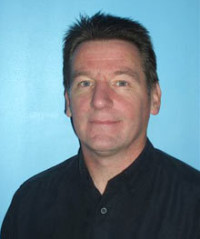 As you read this you may well be experiencing the first taste of winter 2005/6 and if you're not you probably soon will be. But let's get something straight, this is late November/early December and wintry weather at this time of year is far from unusual and certainly not the beginning of the end, as the media would have us believe !

Yes there has been a lot of talk about how severe the winter is going to be - and I even saw the head of the London Weather Centre saying on television of late that it was quote, "becoming more and more certain". Well what we can be sure about is that this tail end of November is wintry.........but that's about all we can be certain of. So why all the talk about the coldest winter in 10, 20 or 30 years ?

That commercial pressure means companies have to poke their head up and be seen above the competition - which in turn can lead to over-the-top and even outrageous statements being made about the weather. Last winter, one private firm predicted a severe winter along the line of the current predictions - and what did we get ? Answer, one of the mildest and less hostile winters on record, apart from a nasty cold spell in January.

This time around it's the Met. Office who are sticking their neck out. Now that's strange, because even of late, the Met. Office (M.O) have publicly slated long range forecasts because of their lack of a scientific basis (and because most of them were not worth the paper they were written on). So now we have the hitherto sober M.O. making long range predictions which they would never have made previously. Is it commercial pressures that are forcing their hand ? Is it their need to sell £400 a delegate tickets to hear all about it at one of their London conventions ? Can it be true or is it a load of old over hyped hogwash ?

Well that brings me on to the second theory, which does contain scientific elements. The main one of these is the North Atlantic Oscillation. (NAO). Without going into too much detail, NAO is one of the world's major climate influences - which unsurprisingly happens to affect the weather in and around the North Atlantic and bordering countries (including the UK). Present predictions indicate a weakening of the NAO this year, which in turn tends to favour less mild Atlantic influenced low pressure and their associated frontal systems (milder wetter weather) and therefore more continental influence (colder drier weather). Add to that the fact that solar activity is approaching a long term low and going back to the number crunchers, hey presto we have a prediction of a cold winter.

Now that theory flies in the face of the fact that the last dozen of so winters have been blindingly mild - so why not anther mild one ? Well it all comes down to who you believe, what you believe and why you believe it ! Nothing is for certain and that is what you must keep in mind. Yes British Weather Services do have a favoured forecast for the winter and indeed for the year to come (available end December), but our forecasts are much more based on statistical probabilities than most other things. So what's this winter actually going to be like ?

The BWS answer is yours....but it'll cost you £95 plus the VAT to find out (well at least it's not £400) - and by the end of it you'll know whether it's hibernation or picking daffodils in December time !


Jim Dale is a Senior Meteorologist at British Weather Services