Proposals for the new Woking Community Stadium have gone on public display. 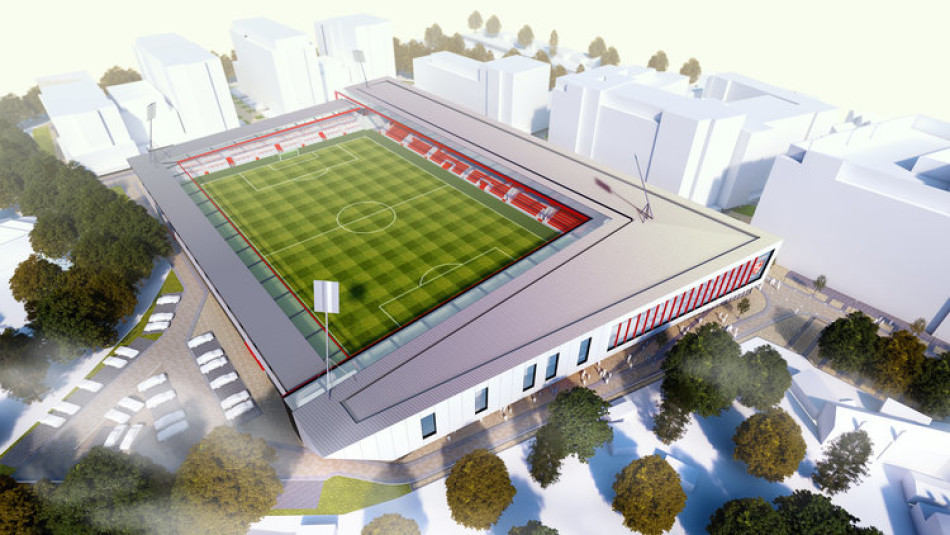 Local residents have been asked for their opinions on the plans, which would see a 10,000-capacity stadium anchor a development that also includes an entirely new neighbourhood with more than a thousand houses.

Called Cardinal Court, the residential aspect will help pay for the £10m stadium, which will be built to English Football League specifications.

Planned for the site of the existing Woking Football Club stadium at Kingfield Road, the proposals also include the acquisition of land at Egley Road to support the relocation of an existing David Lloyd Leisure Club.

"This is a really exciting time for Woking Football Club and our supporters," said Rosemary Johnson, chair of Woking FC.

"We are an ambitious community-focused club with huge potential, shown by our FA Cup run last season."

She added that the public consultation will be used to devise detailed proposals for the stadium.

"The consultation will feed into the process of drawing up a planning application, so the plans aren't set in stone.

"There are things we can change and we'll take on board as many of the suggestions as we can."

Woking FC currently plays in the Conference Premier - one step down from the professional English Football League - after securing promotion during the 2018-19 season.