by External source
in People and Football
on 14 Oct 2021

After 16 years looking after the Molineux turf, Ken Bates retired last week and Conor Coady presented him with a framed shirt signed by the squad as he enjoyed a round of applause from the staff and players at Compton. 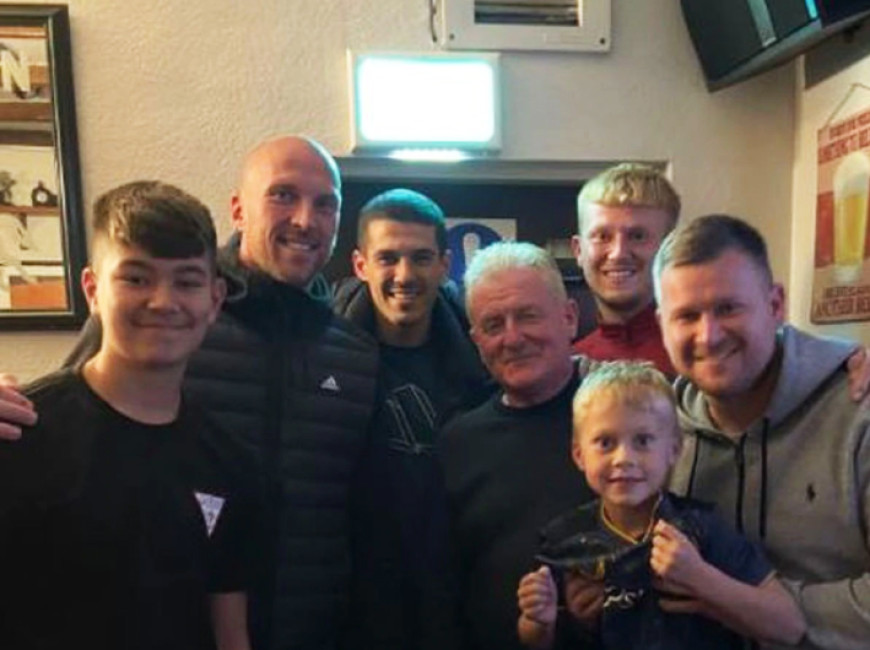 Former boss Mick McCarthy also sent him a video message before Ken enjoyed a retirement party at The Five Ways in Lower Gornal on Tuesday.

But to the surprise of his friends and family, skipper Coady and goalkeeper Ruddy arrived to celebrate with them.

Bates told the Express & Star: "I asked Conor if he'd come. Working at Compton you have breakfast with them and you're all part of one big family."

"I said my family and friends were coming and asked him to come along. He said 'no problem at all', there was no hesitation."

"They had photos with everyone and they were absolutely brilliant. They were there for over an hour and it was absolutely top quality, everybody had a great night."

"You cannot praise them enough. Tremendous. Conor Coady and John Ruddy are two of the nicest people you'll meet in football, they are fantastic."

Ken's son Rob added: "They had time for the grandkids and spoke about football. Conor spoke about the Euros and they chatted about past managers."

"They are the heart and soul of the club. People in the club were comparing Conor to Billy Wright and other former great captains. To be mentioned with those names, you can see the impact he is having on the club."

You can read the original article from Shropshire Star HERE