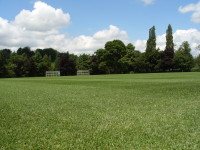 Wolverhampton Wanderers have a head start this season as their newly renovated pitch went from 'seeding' to 'playable' in five weeks.

Wayne Lumbard, who has been with the club for the last five years, and Head Groundsman for three, says that Derek Crane of Sports Turf Contractors took 15mm off the surface in mid May before cultivating the top three inches, top dressing, levelling and seeding. "Nine to ten days after germination we applied Vitax Amenity's new Enhance R, a combination of conventional fertiliser, a slow release organic formulation, Amino-Sorb R and a natural bacterium. The results were fantastic, we had four to five inches of root growth and the pitch was playable within five weeks." 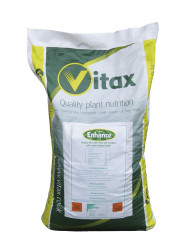 Wayne and his team renovated one of Wolves' other professional pitches themselves employing the traditional method of scarifying, top dressing, verti-draining and over-seeding prior to applying Enhance R as before. "I can't put my hand on my heart and say that the speed of establishment was equal to that of the re-surfaced pitch because a lot of the grass was still there from last year," Wayne explains. "But we're delighted with the results and as we used different grass seed on each pitch it proves that the performance of Enhance R is not confined to one species."

Although the product has been produced primarily for fine turf Wolverhampton's Head Groundsman says that standards at Wolves mean that all their turf is treated as 'fine.'