As a part of their ongoing role with the 2020 season overlay on behalf of the England and Wales Cricket Board (ECB), WOO Architects were appointed to aid the governing body in its development of a bio-secure return to the game. 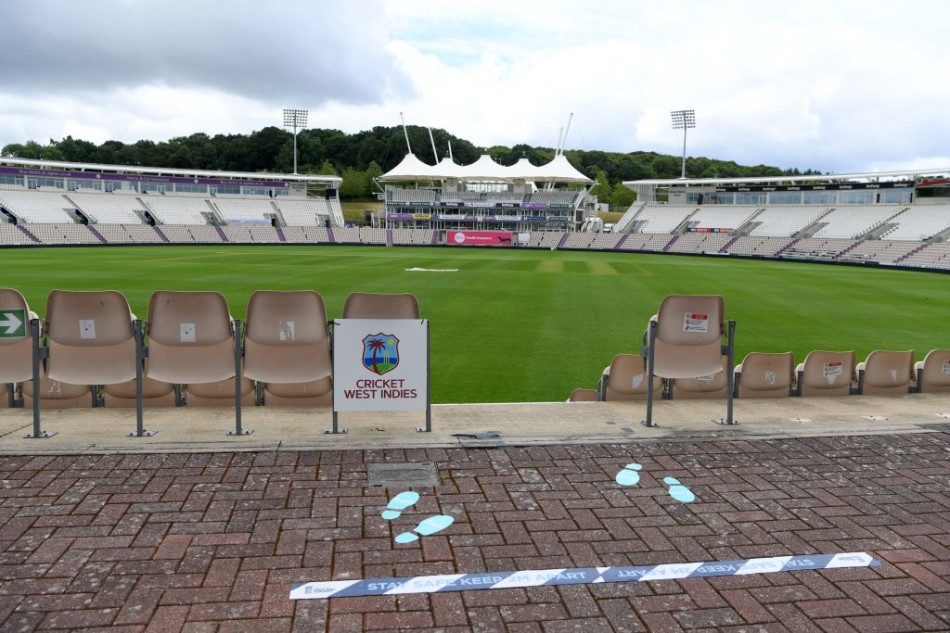 Social distancing signage displayed during an ECB Media Day at The Ageas Bowl on June 19, 2020 in Southampton

Working closely with the ECB as England prepared for its #raisethebat Test Series against the West Indies, WOO led the design of bio-secure environments at the Ageas Bowl in Southampton, Emirates Old Trafford in Manchester and training venues in Worcester and Derby, in order for international cricket to be played safely when it returned on July 8.

The series was originally due to take place at Lord's and The Kia Oval in London, and Edgbaston in Birmingham, from June 4-29 but was postponed due to COVID-19.

WOO's role for the ECB was the design and delivery of comprehensive, infrastructural overlay requirements for all venues including: operational venue planning, zone planning, Functional Area route planning, venue occupancy modelling, capacity analysis, players and officials facilities, broadcast layouts, medical screening planning, Field of Play details and full illustrated plans for operational use. This was crucial in helping to facilitate the ECB's decision in June to host the three-Test series against the West Indies, "Behind Closed Doors".

Having first delivered the initial venue principles and zone planning prior to the venues being appointed to host the behind closed doors matches, the detailed design and planning carried out by WOO enabled all stakeholders to maintain a strict discipline of separation whilst on site, in a safe and operational manner. 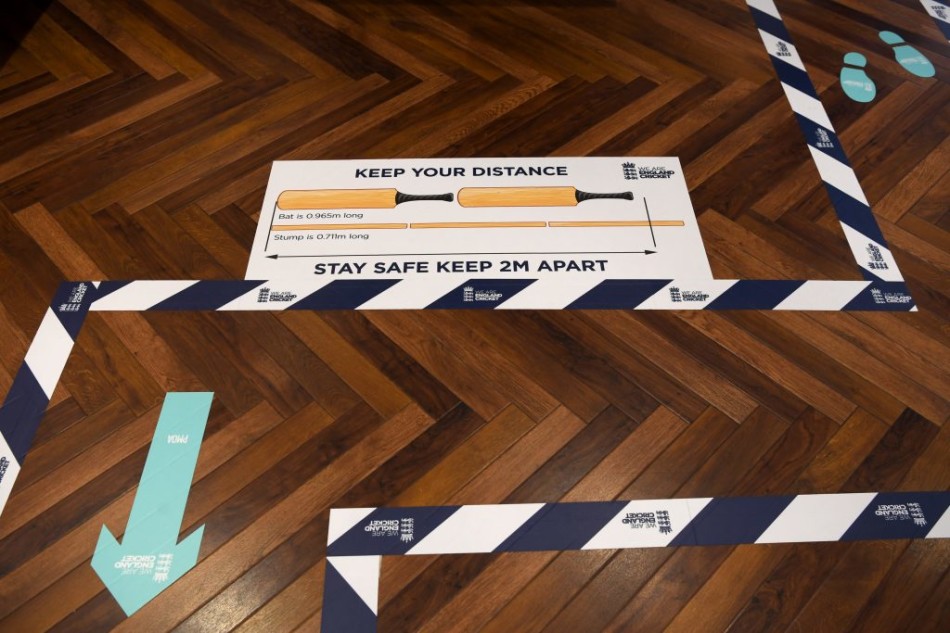 Social distancing signage displayed in the team dining area during an ECB Media Day at The Ageas Bowl on June 19, 2020 in Southampton

The venues have been divided into zones with limited access to each zone (player/media/venue operations), which in some cases requires physical barriers, heath checks and new movement routing around the stadium.

WOO Director, Kevin Owens, said: "Our work with the ECB during these demanding times has proved what can be achieved with clear direction and belief. The return to 'behind closed doors' is an unprecedented challenge for cricket, but the ECB has established principles and methodologies that have unlocked the unifying power of the sport."

"The journey to get sport back fully will be a long and challenging one; our collaborative work with the ECB gives belief and structure to navigating the road ahead."

Jessica Stapleton, ECB's Senior Event Manager, commented: "The plans and level of detail delivered by the WOO team has been one of the most crucial operational tools in delivering the behind closed door model in line with Government guidelines. Bringing to life directional routes for seven functional areas, capacity calculations and zoning of each venue was just some of the crucial work they delivered for this unique project. The ECB is grateful for all WOO's work in helping us to bring international cricket back to fans."

The WOO team has a long history of work with the ECB and in cricket, including the current season overlay work for the Vitality T20 Blast and The Hundred, both the 2019 and 2007 ICC Cricket World Cups, and the recent masterplan and vision work at Edgbaston with Warwickshire County Cricket Club.