by External source
in Football and People
on 22 Jul 2017

Woodcote Stoke Row Football Club's long-serving groundsman Stuart Higley has been names as the Oxfordshire FA's Groundsman of the Year. 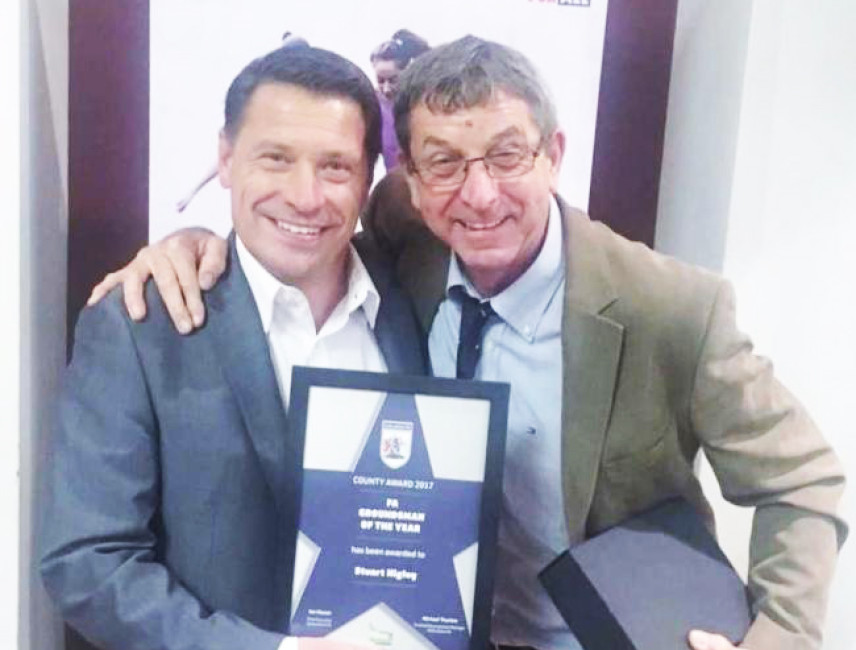 Stuart, has been with Woodcote since he started as a player in 1970 and his unstinting voluntary efforts have seen the pitch improve year on year to become in the words of the awards brochure, 'one of the best pitches to play on in the county'.

He can often be seen tending his beloved pitch and the close-season work he carries out single-handed ensures the pitch is in tip-top condition for the next season.

He was presented with a plaque and certificate by guest-of-honour, Tony Cottee, the former West Ham and England striker.

Speaking after the ceremony, Stuart paid tribute to his small band of helpers who turn up every week in the season to assist him.

He was nominated for the award by club chairman, Pete McAlister, who was fulsome in his praise for the transformation of the pitch in the last 15 years.

Stuart only realised he had been nominated when he received a call from Andy Gray, head groundsman at Southampton FC, asking if he could come and look at the pitch.

He met Andy on the pitch and a recommendation from the Saints' groundsman saw him scoop the award. In winning the gong, Stuart was in competition with groundsmen at some semi-professional grounds.

You can read the original article from Local Berkshire HERE