by Tom Walker
in Athletics, Industry News, and Renovations & New Builds
on 25 May 2019

Construction work has begun on the Birmingham 2022 Commonwealth Games Village - the largest infrastructure project directly related to the Games. 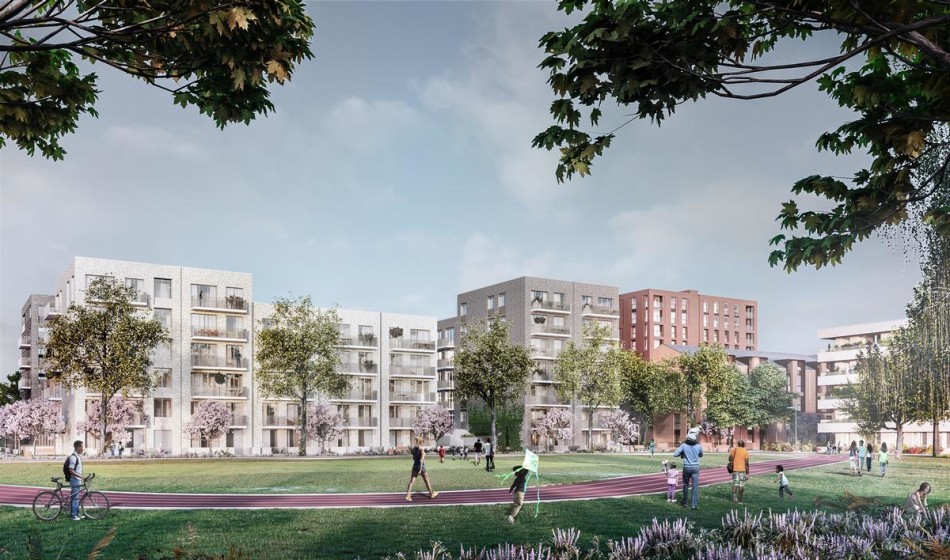 The masterplan for the village, which received planning approval in 2018, was designed by a team led by Glancy Nicholls Architects and Glenn Howells Architects

The £520m development in Perry Barr will provide a home for around 6,500 athletes and officials during the Games and is due for completion in early 2022.

Post games, the development will be converted into more than 1,400 homes, forming the first phase of a long-term regeneration plan for Perry Barr.

In legacy mode, the village will sit alongside improved open space, a redeveloped Alexander Stadium and related community, sport and leisure facilities as well as transport improvements.

The masterplan for the village was designed by a team led by local firms Glancy Nicholls Architects and Glenn Howells Architects.

"Perry Barr will provide a magnificent base for athletes in the summer of 2022 - and then go on to provide a genuine long-term Commonwealth Games legacy, by helping house the people of Birmingham in high-quality homes," said Ian Ward, leader of Birmingham City Council.

"This project is also offering a great boost to the local economy and the skills sector, opening up a whole host of career and training opportunities for those working on the site over the next few years.

"This is a once-in-a-generation opportunity to transform an area of Birmingham that has long needed investment, so I am hugely proud that the biggest sporting event in the city's history will act as a catalyst for the development of a new high-quality residential neighbourhood."

Paul Blanchard, Commonwealth Games England chief executive, added: "When Team England compete in Birmingham in three years' time, we know our athletes will have a great experience staying in the Athlete's Village and will be given the support and opportunity to perform at their best in front of a home crowd.

"It's very exciting to see the work that has been done so far on the village and the plans for the future with the legacy that the Commonwealth Games will bring."

Minister for Sport and Civil Society, Mims Davies MP, said: "Great progress is being made in Perry Barr. I am delighted that through £165million of government funding, this important project will not only play a vital role in the 2022 Commonwealth Games but also the long-term regeneration of the area.

"This is about more than just new buildings. The local community will also feel the benefits of improved transport links and have more opportunities to volunteer, develop new skills or find new jobs."

You can read the original article from Leisure Opportunities HERE