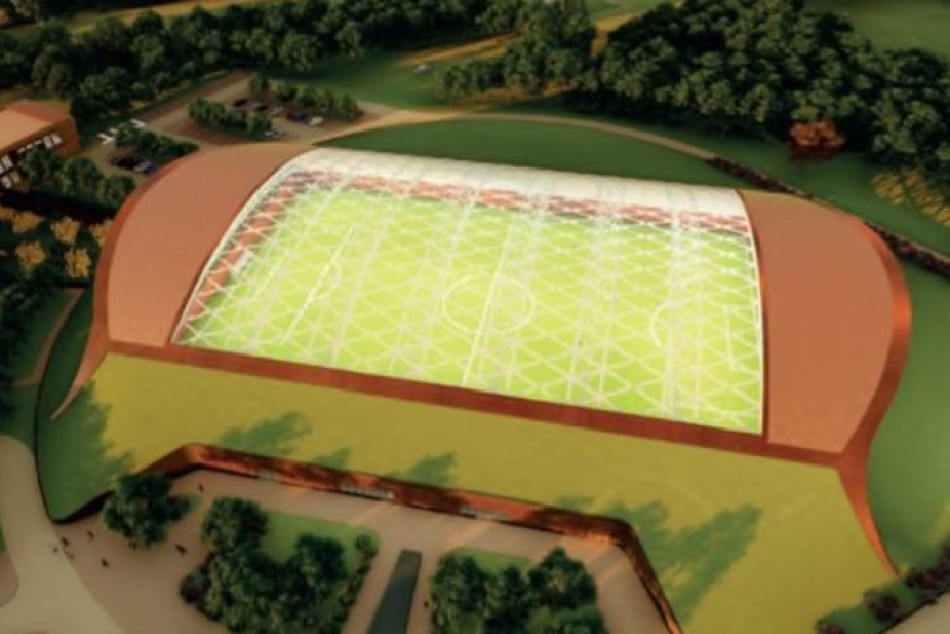 An artist's impression of the indoor pitch at Leicester City FC's new training ground near Seagrave Read more at: https://www.meltontimes.co.uk/news/business/work-starts-on-new-100m-leicester-city-fc-training-ground-near-melton-1-8876778

Planning permission was given last year by Charnwood District Council for the club to relocate from their long-standing Belvoir Drive base to the old Park Hill Lane Golf Course and fishing centre and the Foxes hope to start using it in the summer of 2020. 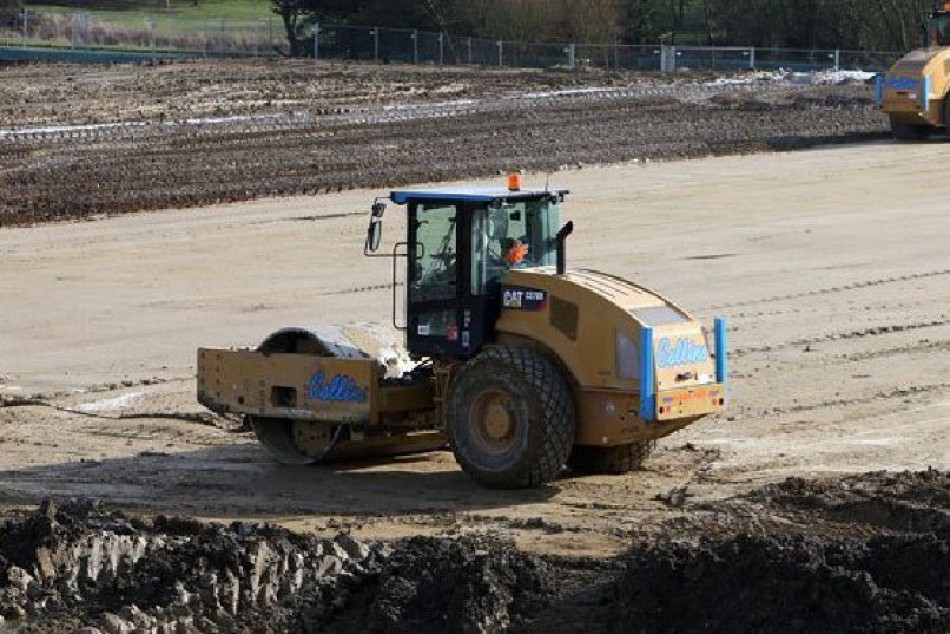 The site, which is 11 miles from Melton, has been earmarked for 12 full size football pitches, an indoor pitch, a sports hall, a first team and academy training building including 30 bedrooms for players and staff, and a covered show pitch with capacity for 499 spectators. Also planned there will be Europe's first Sports Turf Academy, for elite level full time training and education of sports managers, greenkeepers, horticulturalists and mechanics.

Foxes vice-chairman, Aiyawatt Srivaddhanaprabha, described the scheme as 'a once-in-a-generation opportunity' to make a sizeable, meaningful investment in the club's long-term future.

Following the appointment of McLaren Construction as the project's principal contractor, initial preparations and earthworks to transform the 185-acre site are now firmly under way. 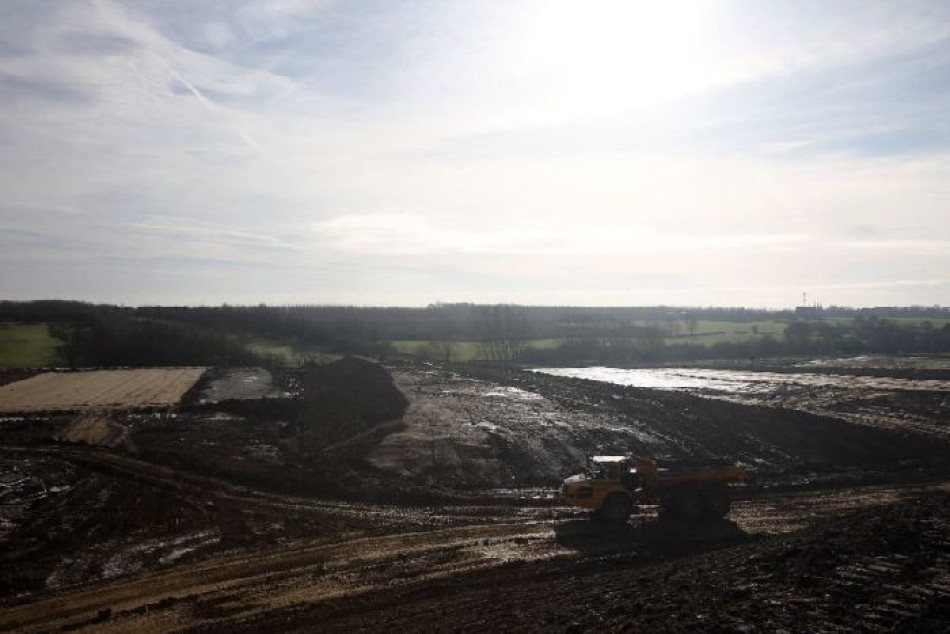 Leicester City chief executive, Susan Whelan, said: "The new training ground will elevate the club and our training facilities to another level for generations to come, so it's fantastic to have our contractors from McLaren on-site, commencing work and turning our vision into reality.

"Such a big investment is both a fantastic opportunity and a big responsibility for everyone involved in the project.

"We're delighted to be shaping a big part of the club's future together and determined to make it something the region can be exceptionally proud of."

Kevin Taylor, chairman of McLaren Group, said: "We are excited to work on this project. 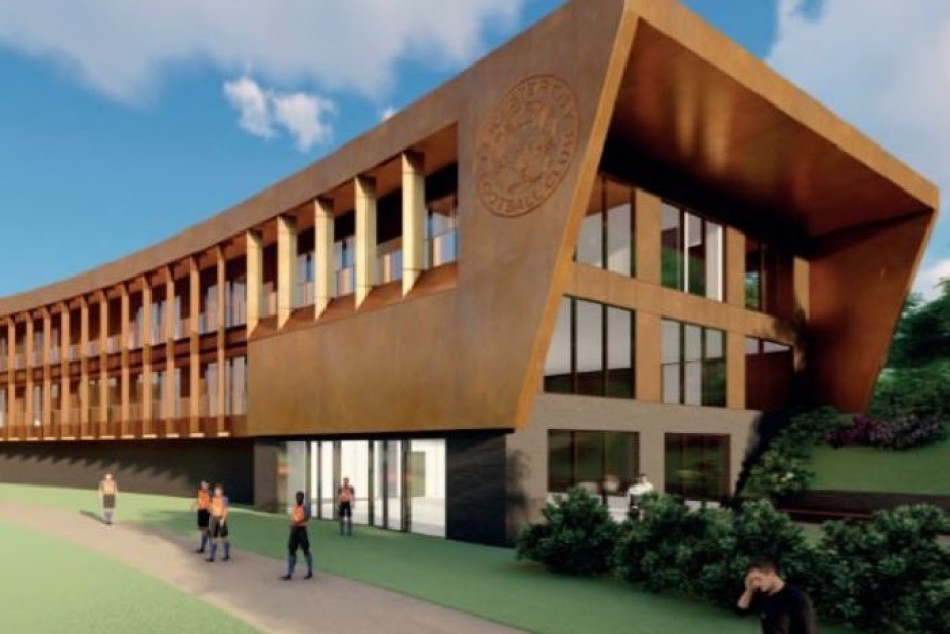 "It's a wonderful opportunity to partner with Leicester City to create a facility that will help to shape the next generation of top sportsmen and women - for the club and for the sport.

"We bring our considerable experience in sports and leisure facilities to the project, as well as our reputation for quality and timely delivery."

The new training centre will be among the most modern football facilities in Europe, including:

- Sports turf academy for the development of the next generation of grounds staff.

Many of the early undertakings on-site have focused on the ecological elements of the project, which is expected to significantly increase biodiversity in an area already blessed with natural beauty.

Over 11 hectares of retained woodland will be bolstered by the planting of 38,000 new trees.

These will supplement the 9,000 trees removed or replanted for earthwork enablement, which in turn has created 900 tonnes of wood chips that will be used as biomass fuel.

The development will also see the retention of 4.4 hectares of new planting and landscaping and 14.6 hectares of wildflower grassland.

Protected newts inhabiting areas of the site earmarked for development were collected and rehomed in nearby ponds before Christmas and the remainder will be moved when they emerge from hibernation in the spring.

From the ponds on site, 400 fish have been netted and moved to a new home elsewhere on site.

Preparation of the site will continue over the course of the next month before foundations for the main buildings are set.

The development is expected to accelerate quickly, with the aim of having the new facility open and operational ahead of the start of the 2020/21 season.

Leicester City's players have been using the club's current Belvoir Drive training ground since 1964, but the site cannot be extended.

For the full article visit: www.meltontimes.co.uk