by Declan Branigan
in Golf and Consultancy
on 09 Feb 2015

0 Working with the Greens Committee 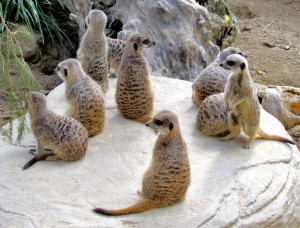 Golf clubs create income, estimated to be in the region of £5.5 billion in the UK and Ireland alone, and over four million people play golf on a regular basis. Yet, many clubs are run by Greens Committees. Declan Branigan details their role and how they and the turfcare professionals need to work together

Golf courses, especially the stunning Links of the UK and Ireland, attract visitors from overseas, particularly Americans, and these visitors are hugely important to the economy of small towns and villages by way of creating demand for food, beverages and accommodation that would not otherwise arise. Given that there are in excess of 3,400 golf clubs in the British Isles, the combined impact of these on the economy is considerable.

In most cases, these important businesses are member owned and run, but are managed in a totally different way than most other businesses - by the committee system.

As these committees are elected on a yearly basis, problems with continuity are bound to arise. Yet the system appears to work reasonably well in that the vast majority of the clubs have remained solvent, if somewhat weakened, through all of the recessions and crises that society has experienced over recent years.

Of course, some golf clubs have bitten the dust over the past few years, but the survival rate has been far better than most other sectors of the business world. This might appear surprising given the bad press that committees in general receive, yet closer scrutiny suggests that the system is not all that far removed from successful business management.

Greens committees have been around since the advent of golf, usually as a pastime for the privileged, when golf courses were maintained by staff with little qualifications to carry out the work. During these times, the greens committee was an autocratic structure that practised an adversarial approach in its dealings with the course staff. They experienced not a scintilla of doubt when instructing staff on various aspects of the work, despite the fact that no member of the committee would be seen to be qualified to issue such instructions. If these instructions were not carried out to the letter, a dismissal soon followed.

Strangely enough, staff had few difficulties in accepting instructions from lay people with little knowledge of the specifics. After all, they were little more than lay people themselves and often welcomed interference as being a way to shift responsibility on to somebody else and, in this way, they protected their jobs. Maybe they were cuter than people gave them credit for.

As times have changed, course managers have benefitted from training courses and become well educated in their chosen profession. With education came an increase in confidence that encouraged staff to be more vocal when dealing with their superiors. This new confidence irked many of the older brigade and, rather than welcoming the new breed of head greenkeeper, they chose to cling to the old adversarial system that was forged in bygone times.

The adversarial system is based on the following and also fails to be effective because of it:

- Most golfers volunteer for the greens committee simply because they have an axe to grind and see being part of the committee as being the easiest way to have their preferences attended to.

They attend the first meeting with a list of demands for change, such as lower heights of cut on greens, higher heights on fairways or more or less sand in bunkers. A favourite demand would be for the head greenkeeper to present receptive greens, even during prolonged dry spells. All requests will be related to theirs, or their regular playing partners, preferences for certain playing conditions. The head greenkeeper will attempt to explain why such requests should or should not be entertained, and this will most likely be viewed as insubordination or an unwillingness to accept instruction, which is the start of a bad relationship

- Quite often, the Greens Convenor is selected on the basis that he is the only one willing to do the job, or on the basis that he is a sworn critic of the course who will rarely miss an opportunity to publicly denounce the standards in place compared to what is seen on television. Better to have him on the inside sniping at the head greenkeeper than on the outside sniping at the captain. The Greens Convenor, in turn, will then select other like-minded individuals who are only too keen to back him up at all times.

Therefore, it is a war cabinet that is in place rather than a committee - friends of the head greenkeeper need not apply. The concept of a team effort or a structured plan to improve the course does not apply.

- The work carried out by course staff is seen as being very basic and akin to gardening or agriculture. The cry that Joe Bloggs would be great on the Greens Committee because he has a farming background is a sign that people are on the wrong track. Why is anybody with such a background required when the head greenkeeper has the requisite knowledge? There can only be one answer; that the head greenkeeper is seen as not being capable of working without direction.

Although the adversarial system is still alive and well in some golf clubs, it is gratifying to see that more and more people are beginning to understand that a different model is required to ensure a professional approach to the maintenance of the golf course. Modern business methods, combined with mutual respect and understanding of the roles of all involved, are fast becoming the main criteria for the formulation of a Greens Committee.

For this to succeed, it is paramount that both sides accept the terms of reference and are willing to work in harmony.

On the staff side, the following must be accepted:

- The Greens Convenor has a right to expect a courteous and speedy response to queries concerning standards on the course; such response to contain solutions to any perceived problems

- Finally, courtesy must be the byword for both parties, along with a willingness to share problems through the proper channels. The emphasis must be on a team effort, no longer a them and us

On the side of the golf club, the following rules should be in place for all Greens Committees; this includes the chairman.

- It should be made a rule that any new Greens administration must read the booklet, "The Confessions of a Chairman of Green" by Malcolm Peake, prior to holding the first meeting. This is an excellent publication that outlines the experiences of a Greens Convenor; in particular how his approach changed over the years

- The club should also have a Course Policy Document, drawn up by a qualified agronomist, outlining the template for course maintenance along with the aspirations for the golf course. All members of the Greens Committee must be fully familiar with this document in advance of any meetings

Of course, reading through and absorbing all of this information takes time and could be considered to be hard work. However, at the end of it all, there would be a group of people in place who are fully au fait with their responsibilities, and that would have divested themselves of the views that an adversarial approach would be the best approach.

Whereas the Terms of Reference can be quite a lengthy document, it can be distilled down to a number of important points:

1. The Greens Committee must monitor the condition of the golf course in a fair and equitable manner and then bring areas of concern to the head greenkeeper. The head greenkeeper, in return, must address these issues in a diligent manner and report back immediately on whether or not anything may be done in the short term, or if it would be a longer solution that would be required. If a course walk is deemed to be the best solution, then this should proceed in a professional manner

2. The Greens Committee must ensure that the course staff have all of the resources required to carry out the maintenance of the golf course within the budget available. The head greenkeeper must be aware that finance is never unlimited and not make demands that cannot be met due to financial constraints

3. Where work is planned that would impact on the quality of the playing surfaces, the Greens Committee, along with the head greenkeeper, must keep the members informed in advance of such work. An explanation as to why the work is necessary is always a good idea

4. The Greens Committee should never become involved in micro-management. If the head greenkeeper requires help in any specific area, he should request this help in the form of assistance from a professional agronomist

5. The Greens Committee should support the course staff and encourage them to use all of their experience and expertise to bring about improvements to the golf course. In return, the head greenkeeper and course staff should be diligent in the execution of their duties, they should work the full hours for which they are paid and should employ their own checks and balances to ensure that standards do not drop. Finally, they should be courteous to golfers and work around play rather than on top of it. The greatest compliment that can be paid to a maintenance crew is when a member complains at an AGM that he never sees the course staff

6. The Greens Convenor must be, at a minimum, a five year position, with individual members committed for three years

To conclude, there is no need for the interactions between the Greens Committee and the head greenkeeper to be fractious. If there is an acknowledgement of the duties and obligations of both sides, respect and a determination to be courteous, and a common drive to present a golf course that all can be proud of, then there is no need for the guerrilla warfare that was so common in the "old" days.

Declan Branigan has been a practising agronomist for forty years and has held the position both of Captain and Greens Convenor at his home club. As an acting superintendent, he has had to report to Greens Committees for the past 25 years. On the golfing front, he has represented Leinster from 1972 to 1990 and Ireland from 1975 to 1986.

This article first appeared in Greenside, the official publication of the GCSAI.