by Matthew Campelli
in Football and Synthetics
on 19 Jan 2016 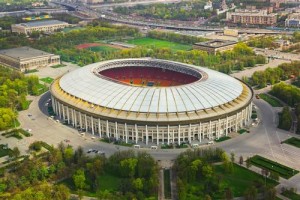 Cumbria-based SIS clinched the multi-million pound deal to install its "new grass innovation" known as SISGRASS, which consists of 95 per cent natural turf reinforced with plastic, in the stadium which will also host the opening match and one semi-final of the tournament.

"It's the first time a World Cup final will has been played on anything but all-natural grass and it's like a dream for us as a company and community," said SIS chief executive George Mullan.

Mullan added that the "strengthened structure" of the surface meant that more games could be played on it, while players are less likely to become injured due to the pitch's "consistency and greater traction".

SIS won a tender process for the laying and maintenance of the pitch against "strong competition from Russia and a host of international firms". It has a two-year deal to maintain the pitch after it has been laid.

A custom-designed pitch will be laid, stitched with yarn and seeded, ready for the 2017 Confederations Cup - the competition held in the World Cup host country the year before to test facilities and infrastructure. The stadium will then be closed until the 2018 showpiece.

For the full article, visit www.sportsmanagement.co.uk.