0 World Cup 2018: Russia to fly in turf from New Zealand as England's pitch not ready

Groundsmen face a race against time to get the pitch ready for one of England's World Cup matches in Russia. 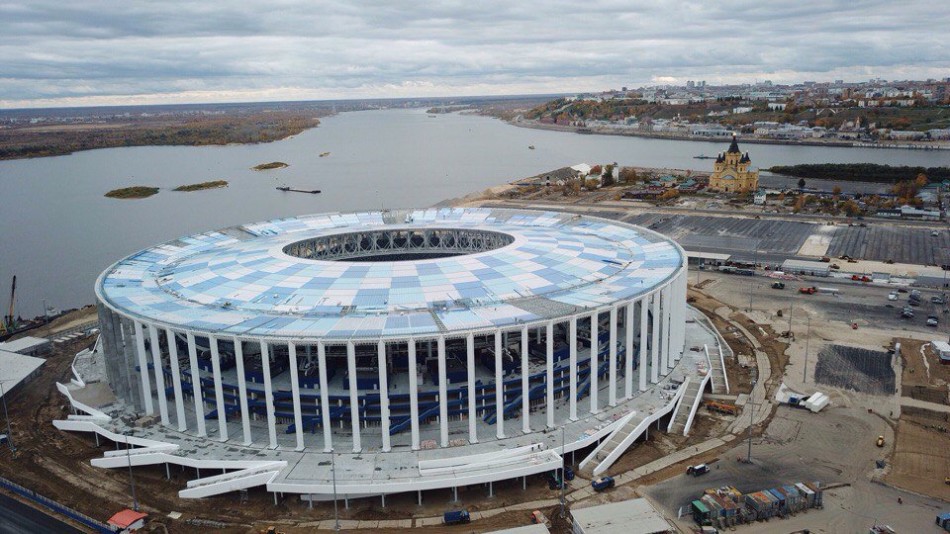 An inspection of the playing surface at the newly-built stadium in Novgorod show it has not fully taken root.

The Three Lions play Panama there on June 24.

Groundsmen fear replacement grass may not grow in time for the game, so are planning to fly in fresh turf from New Zealand to patch it up.

Playing on a dodgy surface usually favours the underdog and Panama are ranked 53 in the world - 37 places below the Three Lions who are currently 16th.

Vladimir Bulanov, a deputy of Nizhny Novgorod's legislative assembly, said: "I'm not sure that the grass, which will need to play in two-and-a-half months, will be ready by the deadline.

"Grass planted last autumn under the open sky did not take root. Most likely a miracle will not happen and the case may end with the urgent importation of a lawn from New Zealand and laying it with squares just before the matches."

US officials today warned England fans to think twice about travelling to Russia amid worsening international relations between Moscow and the West.

The official due to be responsible for supporters' safety was among 23 kicked out by Russia in tit-for-tat diplomatic expulsions following the Salisbury nerve agent attack.

A White House official said: "For the UK I think that is a big challenge. UK soccer fans show up everywhere. People have accidents. They get ill.

"We're not suggesting there are going to be some major sets of incidents but it's just that there are those larger concerns."

You can read the original article from the Daily Star HERE