0 World Cup pitches could be destroyed by locusts

The Russian government says a plague of locusts could 'disgrace' the country by destroying World Cup pitches. 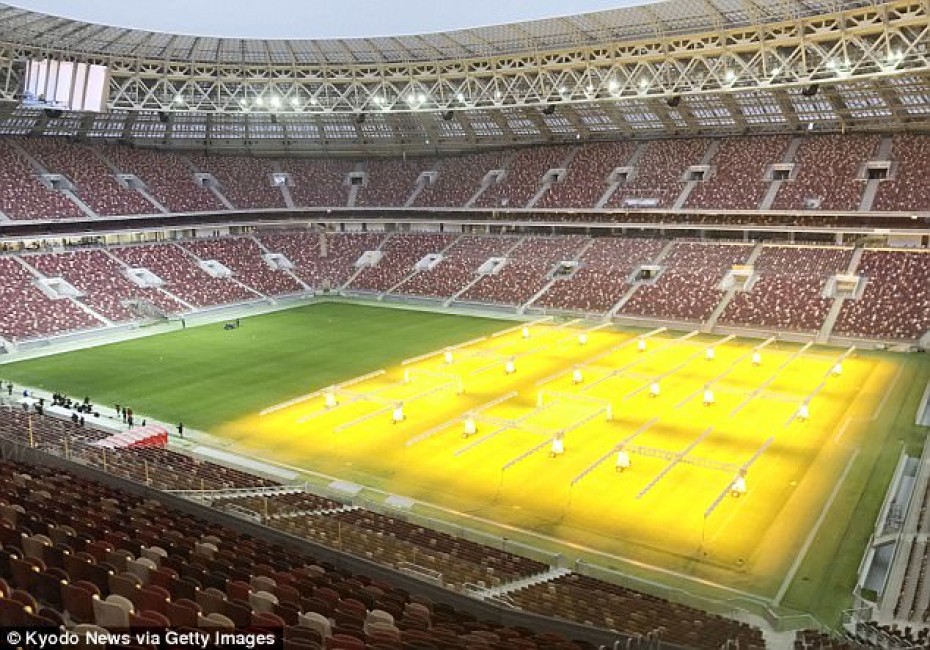 Locusts often feast on crops in southern Russia and Pyotr Chekmaryov, who oversees plant protection at the agriculture ministry, says they could descend on stadiums, too.

In comments reported by state news agencies, Chekmaryov says 'we've more or less learned how to deal with locusts, but this year I'm afraid we could end up in an international locust scandal.'

He adds that 'locusts like places where there is a lot of green,' and says that it is important 'not to disgrace ourselves in front of global society, especially where we will have guests from all over the world.'

Chekmaryov pointed out the Volgograd region, situated more than 600 miles south of the capital Moscow, as a particular concern.

This summer's finals will run between June 14 and July 15, with matches being played in 12 stadiums across 11 host cities.