0 World's first entirely wooden stadium approved for use by EFL

Plans by Forest Green Rovers Football Club (FGRFC) to play its games at the world's first entirely wooden stadium have been approved by the English Football League (EFL). 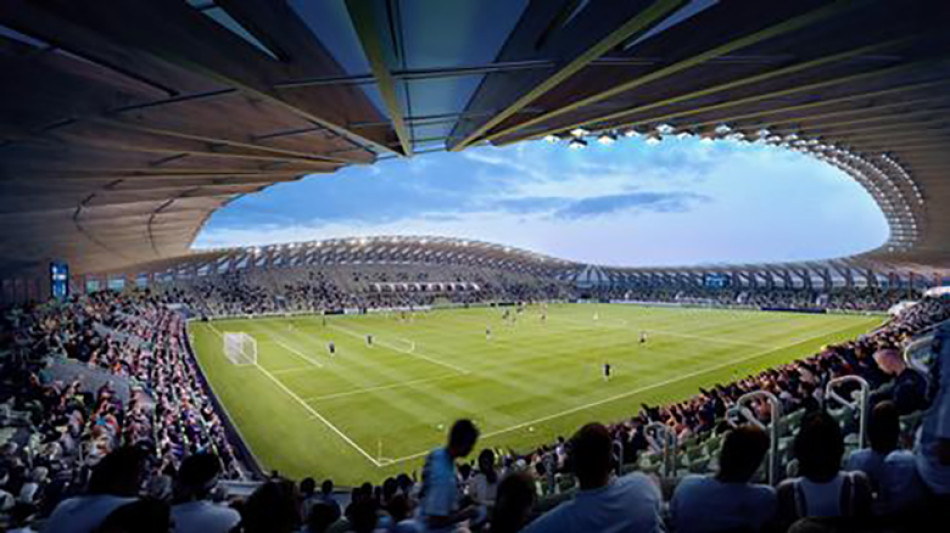 Getting approval to host games at the proposed stadium clears another planning hurdle for the project, which would see a 5,000-seat venue built near the UK town of Eastington.

Plans for the stadium were first unveiled in 2015 and it is expected that the venue will open in 2022.

Designed by Zaha Hadid Architects (ZHA), the stadium will be built entirely out of sustainably sourced timber, will generate renewable energy on-site and will include the creation of a nature reserve. 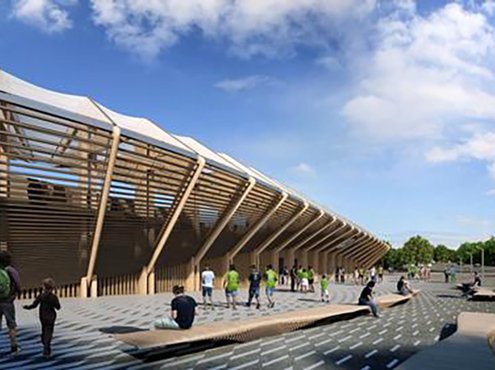 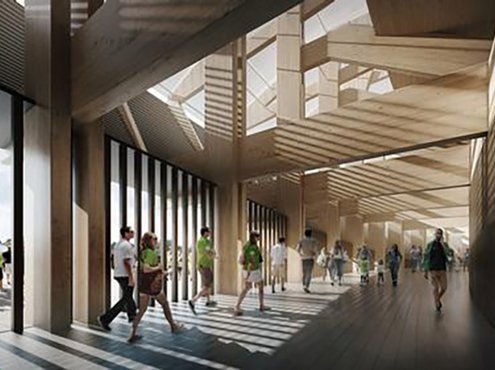 Stroud District Council initially rejected the development in June 2019, due to concerns about noise, traffic and the impact on the landscape.

Amended plans were then approved six months later, in December 2019.

"Fab news today and another small but big step, as the EFL have approved the move to the new home," said Dale Vince, the owner of FGRFC and Ecotricity - the company driving the project.

As well as the main stadium, plans include training pitches - both natural and synthetic - which will be made available for local sports clubs to use. 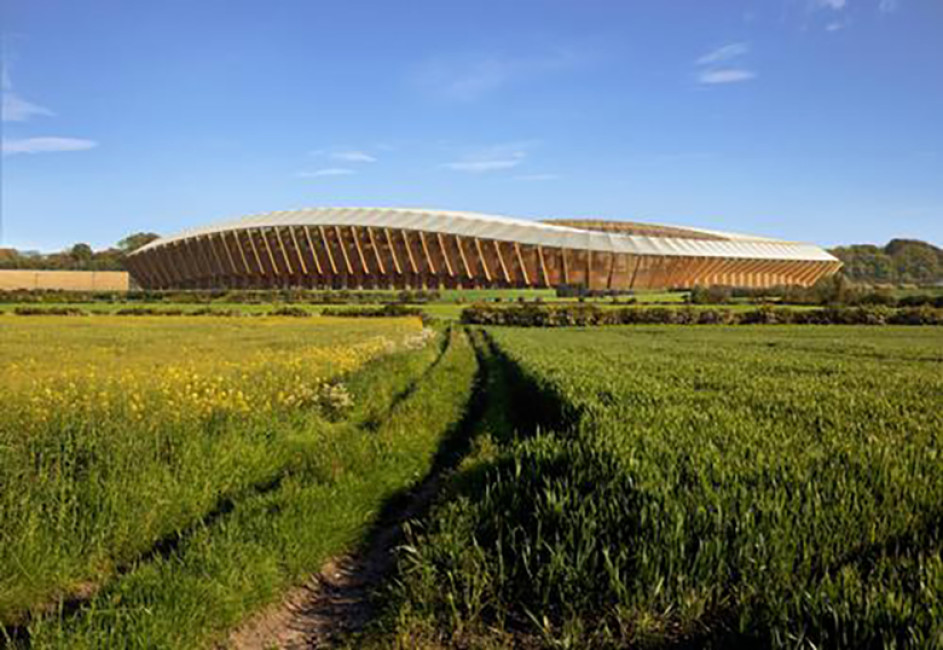 The 5,000-seat venue will be built near the UK town of Eastington / Zaha Hadid Architects/Forest Green Rovers FC

"We're very proud to be designing the new home for Forest Green Rovers that will not only be a new stadium, but also an important addition for the community," said Zaha Hadid Architects.

"The club's heritage, ambition and vision reflect our own, combining the latest material research and construction techniques with new design approaches to build a more ecologically sustainable and inclusive architecture."