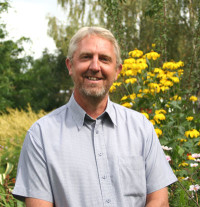 Writtle College have been voted a finalist in the Horticulture Week Landscape and Amenity Awards 2007, under the category: 'Most Outstanding Commitment to Education and Training'.

The College has a regional, national and international reputation as one of the UK's leading institutions of further and higher education in horticulture. It has a dedicated School of Horticulture for its higher education division and has Centre of Vocational Excellence status in Horticultural Technologies for its further education division. Its commitment to horticulture is demonstrated through the range of courses available and through its extra curricular activity and independent inspections by government agencies.

The Awards are the leading annual event that recognises the very best in achievement, ability and performance across the entire horticultural industry. They are organised by Horticulture Week which is one of the industry's leading trade and professional magazines and are sponsored by the Horticultural Trades Association. The College was voted a finalist after a panel of widely experienced practitioners judged all submissions into the Awards.

Martin Stimson [pictured], Head of the College's School of Horticulture, said: "The College's nomination as a finalist once again recognises the consistent quality of Writtle's national horticultural provision in both further and higher education. Writtle is the largest provider of horticultural training and education in the UK and will continue to develop and enhance its provision to meet the needs of its learners and the industry."

Winners will be announced at an awards dinner at the Royal Garden Hotel, Kensington, on Monday 1st October.