A golf club is counting the cost of a 'disheartening and stressful' vandal attack as seven out of the eighteen greens at Oldham Golf Club were hacked at with a golf club or clubs. 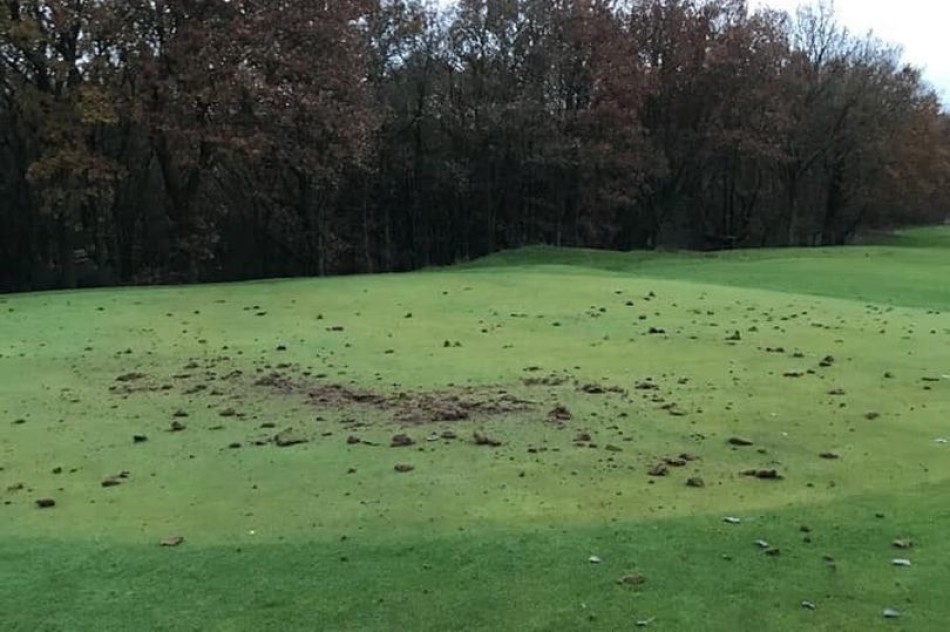 Photographs posted by the club on social media show one green with dozens and dozens of divots in the surface after what they described as 'sustained and mindless vandalism'.

The club's greenkeeper spoke of his upset and described some of the damage caused as 'irreparable'.

Nick said: "I could have sat down and cried."

Founded in 1892, the moorland course on Lees New Road in Oldham is noted for its views of the surrounding area at the foot of the Pennines.

Nick said he arrived at the club to discover the damage on Saturday morning.

He said he believed the attack took place on Friday night and a golf club or clubs were used.

The cost to repair the damage is unclear at the moment, he said.

He described it as 'mostly just time and labour', but said some of the damage caused would not be able to be repaired.

"It was just a mess," he said. "I've spent the past three days fixing it."

Nick and Derek Saunders oversee the management of the club.

"There's just the two of us that work here," Nick said. 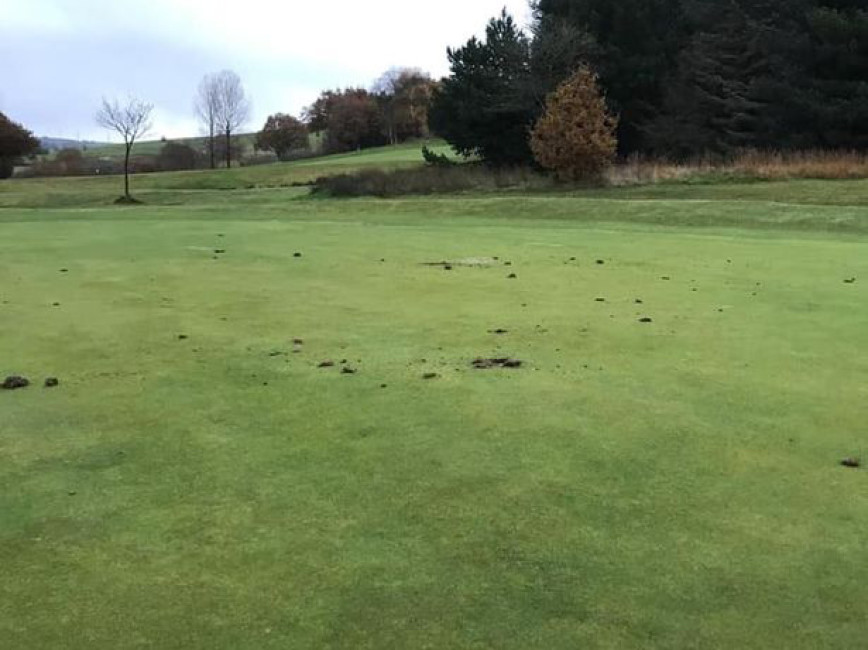 "I arrived on Saturday morning to find the damage and have looked through the CCTV. The course suffered damage to seven of its 18 greens."

He described the attack as 'disheartening and stressful' and added: "There's always kids playing football on the first green. The course isn't meant for that. Kids come along with studded trainers and damage the grass."

"Grass re-growth in the winter months will be the biggest issue in restoring the golf course to its previous condition. The seeds won't grow at low temperatures.It needs to be around 10 to 12 degrees for them to grow. It won't be the same again until at least March or April next year."

Nick said the club hasn't contacted police about the incident. Instead, the club has taken to social media to raise awareness and appeal to anyone with information to come forward.

"We need your help to find the offenders and bring them to justice," said a statement on the club's Facebook page. "Our greens have been subjected to sustained and mindless vandalism overnight - seven greens severely hacked with golf clubs."

"Extremely upsetting for our greenkeeper, members and visitors. Who would do this?"

You can read the original article from Manchester Evening News HERE