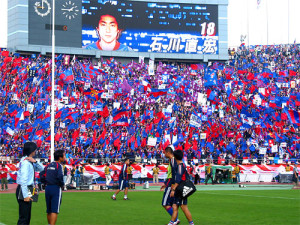 Japan caught World Rugby off guard in July when they announced the proposed new 80,000 national stadium, the centrepiece of the 2020 Olympic Games, wouldn't be completed in time to host matches during the first Rugby World Cup in Asia.

The venue, whose original design was scrapped by the Japanese prime minister, Shinzo Abe, because of escalating costs, was also due to host the tournament's opening ceremony and match.

World Rugby said the 50,000 seat Tokyo Stadium, home to the local football club FC Tokyo, would now take the opening honour while announcing a new roadmap with local organisers on Monday after a complete review of the plan.

"These are exciting, unprecedented times for Japan Rugby and this revised roadmap reinforces and reflects the shared vision and mission to deliver a Rugby World Cup that will be great for Japan, great for Asia and great for Rugby," the World Rugby chairman, Bernard Lapasset, said in a statement.

"We would like to thank our partners in Japan for their committed response to the stadium issue and all of the work they have undertaken, and in particular the Prime Minister of Japan and his government, Japan Sports Council and the Governor of Tokyo and Mayor of Yokohama for their full support."

The tone of satisfaction was in stark contrast to the body's feelings in July, when they requested urgent talks after Abe, tired of the rising costs and public outcry against the National Stadium plans, ordered a scaled back version.

The delays meant the new National Stadium is not scheduled to be finished until early 2020, shortly before the city stages the Olympics.