An 8,000-seat community stadium in York to be shared by the city's football and rugby league teams has been completed. 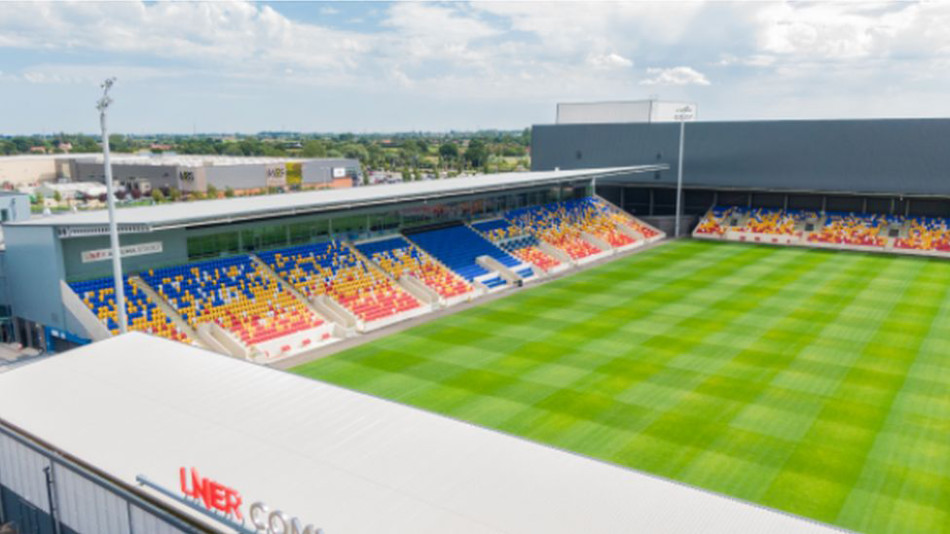 Operators GLL will take control of the site from the contractors on Friday.

It will be home to York City Football Cub and York City Knights alongside community offices, a library, NHS services, a gym and sports hall.

The ground's opening had been hit by several delays and was due to open in July. The development was first proposed in 2009.

Gavin Wilson, media manager of the Knights, said: "I'm very excited it's a fantastic facility and one the city deserves."

It would be an "important destination for the wider city", he added.

The opening game at the ground has not yet been announced but the stadium is due to host several games in the Rugby League World Cup, including both of the women's semi-finals, next year.

Planning permission has been granted for 93 homes to be built on Bootham Crescent, where the football and rugby league team currently play, when the new stadium is open, according to the Local Democracy Reporting Service.